Landbouweekblad has been ordered to apologise to Police Minister Bheki Cele after it quoted him in a headline saying “farmers shouldn’t complain when they get hurt”.

In September last year, the publication reported Cele allegedly made the comment at an imbizo with the farming community of Normandien following the murder of Glen Rafferty and his wife, Vida.

It quoted local farmer, chairperson of the Normandien Farmers Association and nephew of the Raffertys, Roland Collyer, who told the publication that the meeting had taken place in Zulu, in which he is fluent.

“At one point, he told the meeting, which included many land occupiers and occupants, that farmers should not complain if they get hurt after impounding livestock.”

Cele, through his spokesperson Lirandzu Themba, lodged a complaint with the Press Ombudsman, charging he had not made the statement.

She said the report was “irresponsible and reckless” and had further fuelled tensions around the farming community.

Themba added Landbouweekblad had not given Cele the opportunity to verify whether this statement was “indeed said but relied on the word of a farmer who was at the meeting”, adding the police had a full recoding and transcription of the comments he had made.

The publication, in turn, stood by its story.

Editor Chris Burgess said the comments were confirmed by three independent sources who had been present at the meeting and were fluent in isiZulu.

He added the evidence offered by the department could be subject to manipulation and offered to give Cele a prominent right of reply “that will even-handedly give more context to what the minister might or might not have said, as well as to mention that he vehemently denies ever having uttered those words, which I’m sure the farming community will be greatly relieved about”.

Burgess also provided the ombudsman with two sworn affidavits from two farmers who attended the meeting.

The ombudsman found the publication had “not ascertained that the quotes were correct apart from relying on one source, and in fact did not even have a reporter at the meeting” and it should have clearly reflected that these were claims made by farmers who attended the meeting.

It also had not put the quotes to Cele’s office for comment or confirmation and had published a misleading headline, the ombud found.

The publication was ordered to apologise to the minister on all platforms in which the original story was published and to offer Cele a right of reply.

Themba in a statement on Wednesday said Cele felt “vindicated” by the ruling and believed “such a lapse in judgement further fuelled tensions across South Africa, eroding the relationship between the police and the farming community”.

“It is critical that the media recognises its power of destruction if they don’t do their work properly. This sort of reporting saw further violence by members of the farming community – who many of them read the Landbouweekblad newspaper – go on a rampage and storm a court building in Senekal and torch a police vehicle, following the gruesome killing of another farm manager combined with the anger and resentment they had towards the statement I never said.”

Covid-19: Public trust a major factor in the success of any mass vaccination programme - Prof Quinot 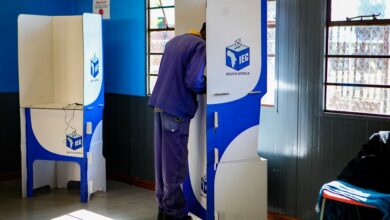 Your quick, last-minute guide to voting: Where, how and until when can you vote? 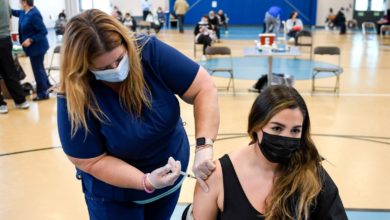