Fans have a lot of feelings about Kristin Davis‘ new Netflix thriller Deadly Illusions, and she completely understands where they’re coming from.

The new movie stars Kristin as Mary, a mother and bestselling novelist seeking a nanny for her young child. She thinks she’s found the perfect woman for the job in Grace, played by Greer Grammer. However, soon after Grace arrives, the new nanny seduces Mary—as well as her husband, played by Dermot Mulroney. Red flag number one.

Spoiler alert time: Eventually, Mary discovers Grace isn’t who she says to be at all, and that she actually has dissociative identity disorder and acts out as “Margaret,” her evil alter. (Not exactly the most accurate depiction of dissociative identity disorder, of course.) In fact, it’s Margaret who is ultimately responsible for the murder of Mary’s friend Elaine, played by Shanola Hampton.

With super intense sex scenes and lots of nail-biting tension, Deadly Illusions is certainly a wild ride—and one some fans simply couldn’t handle! In the comments section of an Instagram pic Kristin shared of her with Dermot and Shanola, one fan wrote, “This movie made me uncomfortable! Only could get through half of it.” 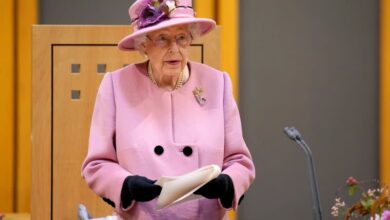