Names of the remaining Chibok schoolgirls are displayed with their desks during the 5th Year Commemoration of the abduction.

One of the Nigerian schoolgirls kidnapped by Boko Haram militants more than seven years ago is free and has been reunited with her family, a state governor’s office said on Saturday.

Nearly 300 schoolgirls, most aged between 12 and 17, were abducted by Boko Haram in April 2014 from Chibok in northeast Nigeria, sparking an international outcry and the #BringBackOurGirls campaign for their release.

Over the years, many of the girls were released or found by the military, but more than 100 are still missing, Amnesty International said in April to mark the seven year anniversary of the abduction.

Borno State Governor Babagana Umara Zulum said in a statement that Ruth Ngladar Pogu surrendered to the military last month along with a person she said she had married.

“I am extremely excited both as Borno’s Governor and father of all sons and daughters of the state, and also as a father to daughters,” the statement said.

“I know the feeling of families of those still under captivity but we have to remain hopeful especially with today’s development.”

The governor’s office said she had surrendered to the military on July 28. But officials had not announced the development earlier to give them time to contact her parents and other Chibok families.

Nigeria’s armed forces are still fighting to end the 12-year jihadist insurgency in the country’s northeast, a conflict that has left 40,000 people dead and displaced more than two million others.

Mass kidnappings in Nigeria have again made international headlines this year as heavily armed criminal gangs have targeted schools and colleges to abduct students for ransom.

Nearly 1,000 pupils have been snatched in mass abductions since December, mostly in the country’s northwestern and central states.

Most have been released but some are still being held after months in captivity. 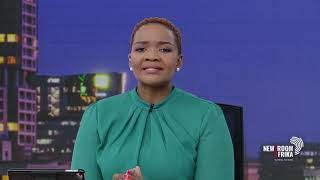