Khayelitsha residents march through to Sea Point to complain over lack of service delivery.

Residents of a Khayelitsha informal settlement in Cape Town have taken their plight about being denied basic services to the Sea Point promenade.

The residents, along with the Social Justice Coalition (SJC), held demonstrations to mark 11 years since more than 600 Khayelitsha residents marched to the Civic Centre in Cape Town to form long queues to symbolise their daily struggle.

SJC spokesperson Nomathemba Masemula said: “It has now been 11 years since then and, to this day, the SJC is still approached by residents of informal settlements across Cape Town, requesting assistance with regards to getting the City of Cape Town to fulfil their constitutional obligation to provide access to basic services in poor communities.

“This Human Rights Day cannot be celebrated by these residents when they are living under a municipality that refuses to provide the most basic and fundamental rights to poor and working class residents that live in Cape Town.”

Masemula said communities had reached out for support to deal with the plight of not having access to water and sanitation.

READ | Some informal settlements in Cape Town without water during Covid-19, says SJC

“Accessing toilets for women living in informal settlements is a dangerous and frightening experience. In some communities, the very few existing toilets are far or completely unavailable. Many residents, including women, are having to walk distances away from their homes to relieve themselves in bushes, which are most likely to open them to attacks such as rapes and assaults,” she said.

She also accused the City of not providing services on the basis that residents were “and grabbers with the intention of jumping the housing queue list”.

“The other reason given is that these residents’ homes are located in pieces of land that are privately owned and that the provision of basic services becomes difficult for the City, even though many of these communities are in publicly owned pieces of land, with some owned by the City of Cape Town, Western Cape provincial government and/or national government,” she said.

During the protest, residents explained that they were exposed to unsanitary conditions and suffered from a lack of basic water and sanitation. Residents said that they only had five taps to share among all 67 000 families and how they needed to pay R2 to access the toilet at a mall.

According to Mayoral Committee Member for Water and Waste Services Xanthea Limberg, approximately 3 500 taps and 17 724 toilets were provided in the Khayelitsha area.

“Providing services is a challenge when, due to unlawful occupation, residents settle on land that is not suitable for the installation of such services. The City is also not allowed to install services on privately-owned land without permission and in, these instances, can only install services on the periphery, on City-owned land.”

Limberg said currently approximately 50 000 toilets had been provided to residents in 181 000 households in informal settlements across the city, which included the servicing of toilets and janitorial services, which were  continued throughout lockdown.

According to the City: “Numerous newly established communities are demanding services, but currently the City is unable to cater for these unplanned settlements, as existing recognised informal settlements are prioritised on the basis of available resources, which are not limitless.

“Planned and budgeted projects are prioritised. Assessments of all unlawfully occupied areas are being undertaken and will continue to be undertaken across the metro. Noting that the far greatest majority of the settlements have been established on unsuitable land or land with great constraints for service delivery, and land where the installation of bulk services for servicing was never planned.” 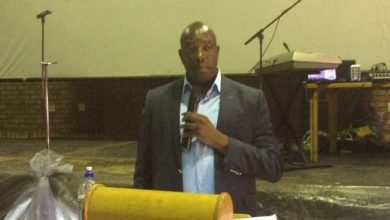 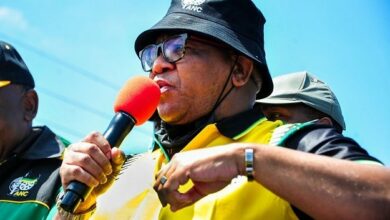