The three-time champion was missing in action on “The Voice” Monday as the NBC singing competition shifts into the first Battle Round of the season.

“She’s on a beach in Hawaii right now,” John Legend guessed. Nick Jonas speculated that Clarkson is “probably on her talk show,” referring to “The Kelly Clarkson Show.”

Turns out, Clarkson was under the weather.

“Unfortunately our own Kelly Clarkson wasn’t feeling well this week, and while she didn’t test positive for Covid, as you can imagine we have some really strict guidelines on our set,” host Carson Daly announced at the top of the episode. “Kelly is staying at home, where she’s watching the battles remotely. She’s going to be checking in on you.”

Filling in for Kelly is her number one fan, Kelsea Ballerini, who previously served as an advisor and fifth coach for “Comeback Stage” contestants on “The Voice.”

“I’m such a fan of Kelly’s. I’m actually in her fan club,” Ballerini said. “I was her advisor a couple years on this show, so I feel like we’re kind of kindred and I know what she likes. Just pretend I’m Kelly.”

Clarkson also offered Ballerini some key ground rules: “If I can give you any advice, don’t trust Blake.”

Ballerini got right to business overseeing her first battle, which happened to be one of the “toughest fought battles.” She joked, “Way to throw me in.”

Here’s how it works: Each coach pairs two singers on their team to duet a song of the coach’s choice. The singers then battle it out, and only one is dubbed winner. Each coach has a save and a steal.

Team Clarkson’s Gean Garcia, 19, and Ryleigh Modig, 18, entered the ring for the first head-to-head of the night for a dreamy rendition of Ariana Grande’s “pov.”

“If Kelly was here I would tell her, why did you pair these two together,” Shelton said. “Maybe that’s why she’s not here, ultimately. Maybe she realized what a horrible mistake she made and didn’t want to deal with this decision.”

Clarkson, however, was still involved in the decision-making process. Ballerini called her, to the other coaches’ dismay. “I didn’t know you could phone a friend,” Jonas quipped, while Shelton shouted it’s “illegal.”

With Clarkson’s blessing, Ballerini declared Modig the winner. Garcia’s time on the show, however, was not over, because Legend and Jonas both hit their steal buttons.  (Each coach has one opportunity to steal a contestant during the Battle Round.)

And the gloves came off.

“Gean, I made a mistake not turning for you in the Blinds,” Legend said. “Nick is a very good coach, but he’s inexperienced… I just worry putting your career in his hands would be a mistake.”

‘The Voice’:Kelly Clarkson hits back after Blake Shelton says she doesn’t ‘have time’ for show

Jonas hit back, saying he did turn for Garcia and believed in him from the beginning (unlike Legend.) It led to hilarious back-and-forth banter between the two coaches.

Jonas: “John’s only point is that I’m inexperienced. This is only my second season.”

Legend: “I won on my first season, but that’s neither here nor there.”

Jonas: “We all can’t be John Legend.”

“The Voice” returns Monday at 8 EST/PST on NBC.

Returning to the Venice Biennale 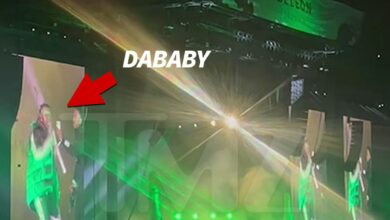 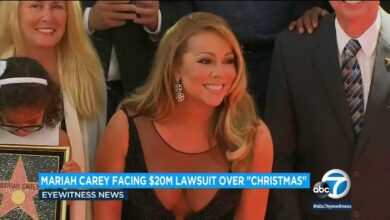 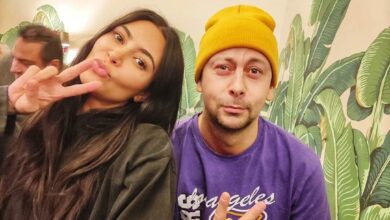 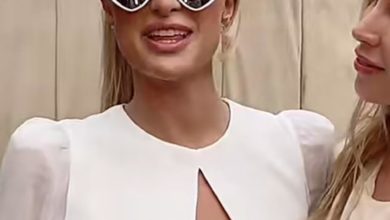