Right off the bat, Clarkson was ordered to pay Blackstock $150,000 each month in spousal support. On top of that, Clarkson has to pay $45,601 each month to Blackstock for child support, according to People magazine.

The “Since You’ve Been Gone” singer has also been ordered to pay $1.25 million in legal fees for Blackstock.

Kelly Clarkson filed for divorce from Brandon Blackstock in June of 2020. Since then, the two have been locked in a messy court battle over a myriad of things.

Kelly Clarkson filed for divorce from Brandon Blackstock in June of 2020. Since then, the two have been locked in a messy court battle over a myriad of things.
(Photo by Frazer Harrison/Getty Images)

However, the prenup between Clarkson and Blackstock did hold up in court. Blackstock originally had contested the document.

On top of the divorce, Clarkson and Blackstock have been locked in a separate court battle over money. “The Voice” judge’s management company, Starstruck Management Group, sued her over unpaid commissions. Blackstock’s father, Narvel Blackstock, runs Starstruck.

The filing stated that Clarkson had not paid a year’s worth of full commission for her work on “The Voice” and her hit talk show, “The Kelly Clarkson Show.” Clarkson countersued and accused Blackstock, and the management company, of defrauding her by charging her excessive fees.

Amid the myriad of court battles, Clarkson also requested the judge declare her legally single and restore her last name.

It’s unclear what the “irreconcilable differences” were, but Blackstock was allegedly “extremely jealous” of Clarkson’s career success.

“The relationship had been on the rocks for a long time,” a source told Us Weekly. “She was the high-income earner with a wildly successful talk show, and is the star of another hit show ‘The Voice.’ Brandon was extremely jealous of it and made her know it.”

Despite how messy the legal battles have become, Clarkson has acknowledged that divorce is ‘horrible.’

Despite how messy the legal battles have become, Clarkson has acknowledged that divorce is ‘horrible.’
(Weiss Eubanks/NBCUniversal/NBCU Photo Bank via Getty Images)

Now, Clarkson “can finally enjoy her success without feeling ashamed,” the insider told the outlet. “Kelly doesn’t take credit for her success but shares it with the team she works with. It’s just who she is.”

Despite how messy the legal battles have become, Clarkson has acknowledged that divorce is “horrible.”

“There are so many hard parts,” she explained during a December episode on her talk show. “The hardest for me is the kids, that’s the hardest for me. I think, as women especially, we’re trained … to take it all on and you can deal with it and you’re fine, but it’s your babies that you worry about.”

Clarkson married Blackstock in 2013. The two met at a rehearsal for the Academy of Country Music Awards in 2006. Clarkson was on hand to sing a duet of “What Hurts the Most” with Rascal Flatts. Blackstock was the group’s tour manager at the time.

The people, companies who have made donations to SA's political parties

Courtney Stodden Engaged to Chris Sheng: Inside the Emotional Proposal 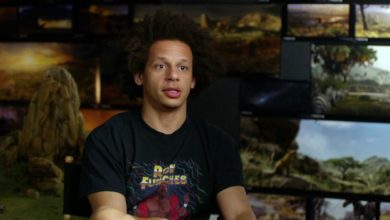