Identity is one of the important facets of human existence.

As the American rapper and songwriter, Shawn Corey Carter, largely known as Jay Z, aptly put: “Identity is a prison you can never escape, but the way to redeem your past is not to run away from it, but to try to understand it, and use it as a foundation to grow.”

The effects of Covid-19 means citizens have to adapt to the new normal resulting from lockdown measures imposed by several governments across the globe. The majority no longer mixes and congregates as before.

It is more depressing in the diaspora, where one finds themselves among a plethora of other nationalities whenever a window of fellowship presents itself.

This writer has always been meeting fellow Africans dotted here in Europe and has enjoyed some topical issues affecting other nations, with Zimbabwe prominently featuring in our discussions.

The Zimbabwean identity came to the fore.

“Surely how can you Zimbabweans sacrifice national benefit to nurse a person’s ego?” asked one Nigerian man, with reference to the way former President Robert Mugabe declined the country a chance to be part of the project when Kazungula Bridge was being conceived.

A decade ago, Botswana and Zambia approached Zimbabwe to be part of the construction of the bridge that would link the South to the North. The bridge was supposed to pass through our borders.

Zimbabwe, then under the captainship of the late founding President Mugabe, spurned the offer, arguing this would sort of undermine the nation’s sovereignty.

The decline by Zimbabwe meant the bridge would be completed at 923 metres, adding 300 metres more and at a high cost, as it had to bend towards the Namibian frontier.

Other reports suggest that a diplomatic tiff between Mugabe and the then Zambian President Levi Mwanawasa (also late) and Botswana’s the leader Ian Khama was the reason behind Mugabe’s reluctance to join the venture.

However, adhering to the Second Republic’s policy that Zimbabwe is Open for Business, President Mnangagwa is relentlessly pursuing developmental policies that have seen him mending ties with countries which his predecessor, Mugabe, was at loggerheads with.

The endeavour to establish cordial relations in the region, continentally and globally, has been applauded by the majority as a noble move that seeks to end Zimbabwe’s isolation from critical matters essential to attract the much-needed foreign investment.

To suffice this, President Mnangagwa this week witnessed the commissioning of the US$260 million Kazungula Border Post Bridge, jointly built by Botswana and Zambia, despite that Zimbabwe was not part of the scheme during its construction.

This commitment – a well thought out detour from Mugabe’s frosty relations with Botswana and its then President Khama – testifies that President Mnangagwa’s genuine effort to establish cordial relations with that country’s current administration led by Mokgweetsi Masisi is bearing fruit.

This goes beyond personal relations between the two leaders, but is a step towards ensuring the country participates in regional economic activities to attain goals set towards the attainment of an upper-middle income economy by 2030.

The economically unviable decision by Mugabe to disassociate himself from the construction of Kazungula was ultimately a disastrous international relations boob.

It is Zimbabwe, and not individuals that are supposed to benefit from improved trade relations with regional peers.

A tough stance against this project would inevitably leave Zimbabwe not benefiting from regional integration.

The transition of goods from sea ports via the country through borders is one and most efficient way through which it can generate foreign currency.

Visionary leaders cannot afford to miss such an opportunity and President Mnangagwa has done the right thing by committing Zimbabwe to the project.

In his speech at the official opening of the bridge, President Mnangagwa reiterated his commitment to be part of the grand initiative.

In addition, this serves a greater purpose to decentralise development and evenly distribute national developmental projects.

While this is critical, President Mnangagwa should also focus on the busiest and already established Beitbridge and Chirundu border posts – the major transit points. These two have been the spine of Zimbabwe’s trade, playing a critical role in bringing revenue required to bolster other national programmes government has embarked on to redeem the country’s fortunes.

Zimbabwe’s geostrategic position means that whatever happens between the South and the North, the country will stand to benefit in multiple ways, hence the ongoing revamping of the country’s roads and infrastructure.  President Mnangagwa’s stance to fix relations has seen his critics at pains, subsequently trying to throw spanners in the works.

Twitter-mad former Government minister Jonathan Moyo has been suggesting the current administration is trying to hijack the Kazungula project despite him being part of a cabal that was ill-advising Mugabe to reject it.

In one of his tweets, he even suggested that the then Foreign Minister Simbarashe Mumbengegwi was loyal to Mnangagwa, hence he is the one who made Zimbabwe lose out. Such a folly narrative, when everyone knew it was Mugabe who got it all wrong, does not hold water.

The redemption offensive President Mnangagwa has embarked on since his ascension to power is the only way Zimbabwe can extricate itself from the chains of economic bondage, largely emanating from misconceptions in the eyes of potential investors.

The time is now and President Mnangagwa has shown he is the right man to steer the ship. 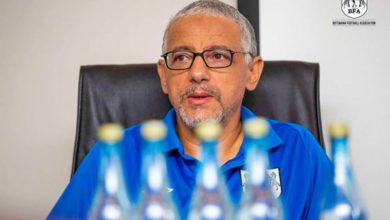 Focus on Amrouche as Zebras crash out 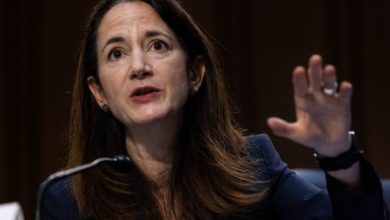 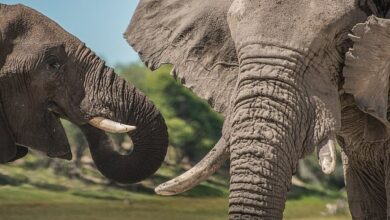