EXCLUSIVE: After playing a nosy neighbor with a secret in Marvel’s WandaVision, Kathryn Hahn looks to have found another fun role where the character may also be keeping some sort of secret. Sources tell Deadline, Hahn is set to join Daniel Craig in the next installment, which Netflix recently landed the rights too. Dave Bautista, Janelle Monae and Edward Norton were also recently added to the cast. Deadline first reported in March that Netflix was closing a deal north of $400 million for the next two installments, a historic deal for streamers. Johnson is back to write and direct the pic and will produce with his partner Ram Bergman with Craig reprising the role of super sleuth Benoit Blanc.

Plot details are unknown at this time other than Craig returning to solve another mystery revolving a large cast of suspects. It is also unknown who Monae will be playing in the pic. Production is set to start this summer in Greece.

Hahn has been busy diving over the past year showcasing her range starting her critically acclaimed role in the HBO limited series I Know This Much Is True opposite Mark Ruffalo. She followed that up with the Disney Plus Marvel series WandaVision, playing Agatha Harkness, a role when unveiled threw social media into a frenzy.

Next up for her is the highly anticipated Apple series The Shrink Next Door, which also stars Will Ferrell and Paul Rudd. She is repped by Gersh, Lighthouse Management & Media and Schreck Rose Dapello Adams Berlin & Dunham.

Latest on the Golden Globes controversy 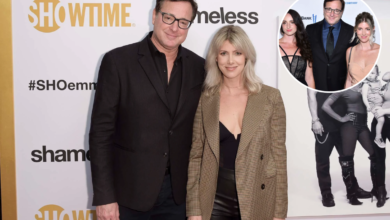