Romance is in the air.

Kathie Lee Gifford shared that there’s a special someone in her life after losing her husband Frank Gifford in 2015.

“I’m in a really special relationship with somebody,” the 67-year-old told the “Today” show on Thursday. “It’s nice and fun and healthy. So that’s good. You know what, it’s just happy.”

“I don’t want to mess it up and I probably already have by just even mentioning it,” Gifford joked. “You know, to just be in a place where you feel like every aspect of your life is good. You know, that nothing’s missing. And that’s a beautiful place to be. I’m just so grateful.”

The former co-host of “Today Show with Kathie Lee & Hoda” has plenty of reasons to be thankful. On Wednesday, she obtained a long-overdue star on the Hollywood Walk of Fame.

KATHIE LEE GIFFORD RECEIVES STAR ON THE HOLLYWOOD WALK OF FAME: ‘THANK YOU FOR THIS HONOR’

Dolly Parton, 75, Hoda Kotb, 56, and Craig Ferguson, 58, each recorded congratulatory messages for Gifford, which were played during the virtual ceremony, and Gifford’s life and career highlights were also showcased during the live stream.

Gifford’s star is located at 6834 Hollywood Blvd., just steps away from the El Capitan Theatre and only five stars away from that of the late Regis Philbin, whom Gifford co-hosted the popular daytime talk show “Live with Regis and Kathie Lee” with from 1988 to 2000. It was a continuation spinoff of “The Morning Show,” which they previously hosted together from 1985 to 1988 on ABC’s local New York City affiliate.

The esteemed pair received nine Daytime Emmy nominations as outstanding talk show host for their work on the program.

Gifford currently resides in Nashville. Her spouse of nearly 30 years passed away in August 2015 at age 84.

KATHIE LEE GIFFORD REFLECTS ON HOW FAITH HAS LED TO AN ‘INCREDIBLY ADVENTUROUS JOURNEY’: ‘I JUST TRUST IN GOD’

She admitted that the move to Tennessee from her longtime Connecticut residence with the late football star-turned-broadcaster was “hard,” but it has been a blessing.

“This place [has] tons of Christian fellowship for me, which is kind of harder to find in the northeast,” she said. “And a creative ton this is. There’s not a day that goes by that I’m not looking at someone who’s a brilliant writer. The creativity down here is off the charts. And we’ve been freeing up from so much of the COVID restrictions… so we’re just free down here. And it’s been wonderful.”

Back in December 2020, Gifford told Fox News she was open to dating but chuckled that her son Cody doesn’t make it so easy.

“[Cody] promised his father before he passed, that he would take care of me,” she said at the time. “And he darn well tries! Once in a while, I want to go, ‘Back off.,. this is my life. I love you. And I know you mean well for me. But I want to soar at this point in my life.’”

“I want to learn new things, do new things,” she continued. “I want to dance the bachata with a cute guy. And there’s nothing wrong with it. I’m a widow. I’ve been a widow for over five years now. I’m not looking to get married. I’m not looking at any of those kinds of things. I just want to have fun.”

“I’m not dating anybody right now,” she said. “I did, just this past year, I started seeing some people. And I had a lot of fun with them and they’re lovely gentlemen, such nice people down here in Tennessee. There’s a culture of kindness down here that I love. So the guys that I started going out with, for whatever reason, were really fun and very nice, but they weren’t for me long-term.

“And I’m not here to use people. And I knew early on with every one of them that it wasn’t going to be forever. I’m just enjoying life right now. I don’t know if I’ve got 20 minutes or 20 years left with me. I know I have more energy than almost anybody I know. I’m doing more now than I’ve ever done in my life.”

Decrease in prostate cancer diagnoses due to pandemic 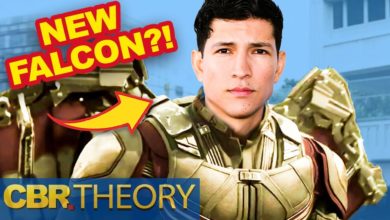