Just like the majority of countries globally, local spectators were banned from pitches in order to contain the spread of Covid-19

Football Association of Zambia (FAZ) president Andrew Kamanga has revealed fans might soon be allowed to watch games at stadiums.

The Super League 2020/21 season started over the weekend without fans as a measure to mitigate the spread of the coronavirus. Kamanga has, however, revealed there has been engagement with the government on when to allow the fans to start streaming to the stadiums.

“Earlier in the week, we had an important engagement with partners in the game among them MTN, Eden University, Multi-Choice and ZNBC. Presiding over this engagement was the Minister of Youth Sport and Child Development Emmanuel Mulenga,” Kamanga was quoted by FAZ Facebook page as saying.

“We had a very progressive interaction with the stakeholders with Mulenga giving the signal on the need to bring back fans to the stadia in light of reduced Covid-19 infections.

“The minister directed his staff to ensure that everything is done within 10 days to ensure that fans are brought back to the stands. We have taken up this call and built upon our previous engagements with the Ministry of Sports and also their counterparts at health docket to ensure that we are allowed to do so.”

The 2019/20 season had to be cancelled after it had just restarted in July due to the rising number of infected players and team officials.

The federation chief said they would wait to hear what the Health Ministry advises on the request.

The Ministries of Health and Sports together with FAZ worked closely during the short period that the league resumed before it was cancelled in August.

“It should never be forgotten that the final call on matters of health lies with the Ministry of Health,” Kamanga added.

“We have provided the requisite information and also engaged the Zambia Medical Association (ZMA) to ensure that our implementation of Covid-19 protocols remains above board.

“We are hopeful that we will soon have fans in the upcoming fixtures.

“We have heard the cries of the millions of soccer fans yearning to watch their heroes in football stadia and will do our best to facilitate their return to stadia.”

He also spoke about the upcoming African Cup of Nations qualifiers against Botswana and is hopeful the fans will watch the game live at the stadium.

“As the nation prepares for the November 12 home game against Botswana, we are urging the whole country to rally behind the team,” he concluded.

“It is our prayer that fans will be allowed to come and watch the game to ensure we cheer the boys to glory. We remain hopeful that we will come out strong over the two legs that lie ahead in the next few days.”

Zambia will be looking for a maiden group win when they host the Zebras for matchdays three and four.

Ethiopians to vote in what government bills as first free election 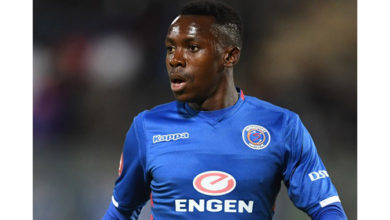