Newly elected North West Premier Bushy Maape says he will not disappoint the ANC and the province’s people.

“I want to take this opportunity to say to you, honourable members, I want to express my gratitude for showing confidence in me. I also want to thank my organisation, the African National Congress, for assigning me this responsibility collectively with others.

“I make this promise, that we as the collective will not disappoint you as the organisation (ANC) that has assigned us the responsibility and neither will we disappoint the people of the North West,” he said just after his election.

The DA fielded a candidate, Winston Rabotapi, who got five votes. Some EFF members were absent and those who attended, abstained from voting.

Maape said that his key focus areas in the embattled province would be service delivery and job creation.

He is expected to be sworn in by the judge president in the province at 15:00.

Last week, he was sworn in as member of the North West legislature in a private ceremony which the media was no allowed to attend.

News24 previously reported that his swearing-in was delayed after former premier Job Mokgoro refused to comply with instructions from Luthuli House and demanded an audience with the president before he stepped down.

This was despite the fact that ANC’s interim provincial committee co-ordinator, Hlomane Chauke, announced two weeks ago that the province had hoped to have Maape, who worked as advisor to Mokgoro, sworn in by the end of the week.

After meeting with the president at the end of August, Mokgoro eventually resigned.

Zimbabwe says state employees must get Covid-19 vaccine or resign 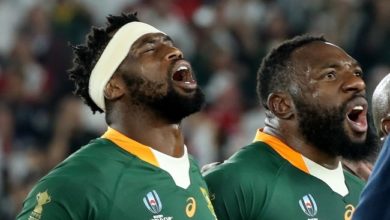 Beast hails Kolisi as ‘final piece’ of Sharks puzzle: ‘I’m so proud of a bold move’