Jurassic World: Dominion, the third Jurassic World film and sixth Jurassic Park film, is still a year away, but with news of its first scene screening in IMAX later this month, we’re starting to get a few more hints to what we can expect. We already knew it would pick up after the events of Jurassic World: Fallen Kingdom, meaning the dinosaurs from the park are finally out roaming the world. We saw a hint of that at the end of the last movie and in the recent short film Battle at Big Rock, but next summer, we’ll see a whole lot more.

One of Dominion’s coolest attractions is that, for the first time since the original, the three lead characters are all returning simultaneously. That’s Alan Grant (Sam Neill), Ellie Sattler (Laura Dern), and Ian Malcolm (Jeff Goldblum). However, Dominion director Colin Trevorrow explained to Collider that their story won’t immediately have an impact on what Owen Grady (Chris Pratt) and Claire Dearing (Bryce Dallas Howard) are doing.

According to Trevorrow (who also co-wrote the script with Emily Carmichael; read more about her here), the film follows “two sets of characters… telling two parallel stories that are just driving closer and closer together, and you understand that, and you start to understand how they’re going to intersect, and then they do.” He knows that bringing back the original Jurassic Park stars is a big deal and says he’s “not shortchanging anybody… Laura and Sam and Jeff are just as big a part of the movie as Chris and Bryce are, as far as screen time, as far as their importance to the story, everything.”

If we had to guess, Owen and Grady are probably trying to solve the immediate problem of dinosaurs now opening roaming around the United States and the other three—who we know have had a falling-out—are slowly rebuilding their friendship to find some key piece of information to stop it. Hopefully it’s better than that, though, because I just came up with that in two seconds.

Jurassic World: Dominion opens June 10, 2022, but you can see five minutes of it—which includes a prologue set in the Cretaceous period that reportedly shows the mosquito we follow in the first film getting captured in amber—in IMAX theaters; it’ll be attached to F9 starting June 25.

For more, make sure you’re following us on our Instagram @io9dotcom. 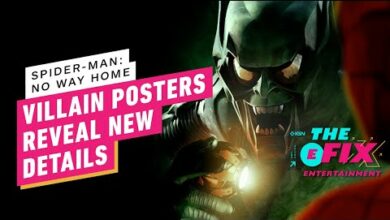 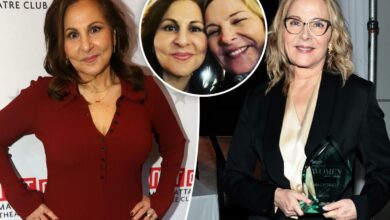 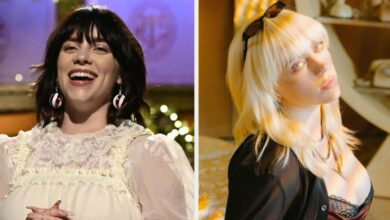