“They could have just ignored me, passed on, but they didn’t,” Minnie John said Saturday. “She could have gone on — she must have had a busy agenda that was disturbed because of me. They treated me, a stranger, with love and respect.”

John, of New Jersey, recounted the events in a three-part Facebook post in which she also shared photos of her experience.
She, her husband, Shaji, and their son, Brandon, had gone to Utah to see the Delicate Arch, she wrote. The attraction, which is 46 feet high and 32 feet wide, is the largest free-standing arch in the national park and one of the most popular sights.

John said that as they neared the trail’s end, she felt lightheaded, dizzy and unable to make it to the arch, which was still 15 minutes away. She said she sat on a rock to avoid fainting and told her family to continue without her.

“All I remember is sitting there with my head in my hands secure on the rock,” John wrote in one Facebook post. “Next thing I hear someone with a familiar voice kept asking me questions.”

John told CNN that Bowen, best known for playing Claire Dunphy on the TV show “Modern Family,” her sister, Dr. Annie Luetkemeyer, and a guide were also hiking to see the Delicate Arch. “The guide saw me fall forward,” she said.

Bowen, her sister and the guide ran to John and found she’d broken her nose and the skin around her nose, she said.

In a brief phone conversation, Luetkemeyer confirmed to CNN that she and her sister rescued the hiker.

CNN has also reached out to Bowen and a representative for comment.

‘They were so down to earth, so genuine, so sweet’

John, who is diabetic, had low blood sugar, was severely dehydrated, and had forgotten to eat since breakfast, she said. John said Luetkemeyer, an infectious disease specialist, was able to take care of her right away, cleaning her wound and providing her with electrolytes, medicine and pretzels.

“I had no strength in my feet,” John said. “Julie and Annie got both my arms, lifted me up, and put me on the same rock I’d fallen off of. My eyes came into focus and I saw Julie in front of me as Annie was still talking to me.”

Once she was seated, Bowen and Luetkemeyer used John’s cellphone to contact Brandon, John explained. As they waited for the return of John’s family, John asked for a group photo.

“I said, ‘Can I take a picture?’ and Julie said, ‘Of course,’ and gave me a big hug and we took a picture,” John said. “They were so down to earth, so genuine, so sweet: Not at all how you might expect a big actor or a big doctor to be — which they are. They were just so humble, so loving.”

Fifteen minutes later, Shaji and Brandon returned from the arch.

“They were so frantic,” John wrote in her post. “Had I fallen sideways or backwards, I would have split my head.”

John went to Moab Regional Hospital, she told CNN, where she received five stitches and was told she had a fractured nose. She said doctors there told her many hikers don’t realize how difficult the trail is, especially given the heat, and will often go ill-prepared.

“I have scabs over all the scraped parts,” John said.

She added how amazed she was at Bowen and her sister’s actions.

“I knew I’d never meet them again but I appreciated and admired the human part of what they did — selfless, not selfish,” she said. “We tend to forget the daily kindnesses we encounter. We’re blind to everything around us and don’t imagine that people will be so good, kind and caring.”

Bowen appeared in all 11 seasons of “Modern Family.” She’s also appeared in “Ed,” “ER” and the film “Happy Gilmore.”

Ireland prepare to host Zim with eye on World Cup 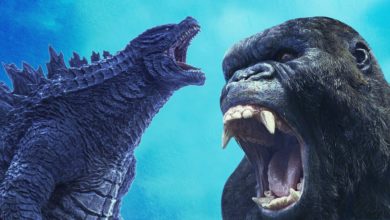 No, Godzilla Vs. Kong Doesn’t Have an End Credits Scene, and This Is Why

Give it up for Girls5eva