A member of the Varado gang has been handed two life sentences for the 2017 murders of two people in Westbury, Johannesburg.

“Police arrested both suspects and the provincial Commercial Crime Investigation Unit carried out the investigation, gathering necessary evidence that led to the successful conviction and sentencing of the suspects,” said police spokesperson Captain Mavela Masondo.

“This is the result of a committed, hard-working and dedicated investigating officer.

“Combating of gang-related crime remains a priority of the SAPS in Gauteng and such a sentence will send a strong message to those who are still involved in gangsterism that is often associated with serious and violent crime,” said Gauteng police commissioner Lieutenant-General Elias Mawela.

Covid-19: SA does not have the B.1.617 variant which is prevalent in India – Zweli Mkhize 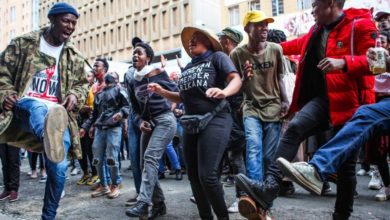