A trend is emerging where ANC secretary-general, Ace Magashule, is starting to stick out like a sore thumb among his peers and across the movement as what appears to be part of a wider campaign to undermine the structures of the party, writes Joel Netshitenzhe.

When pronouncements by the secretary-general of the African National Congress on Gagasi FM that the Democratic Alliance was “the enemy of the National Democratic Revolution” and that voting with the party in favour of an inquiry into Busisiwe Mkhwebane’s fitness to hold office, was “sleeping with the enemy” came to public attention beyond the radio’s listenership, the first question that came to mind among many ANC members was, do we still have an organisation?

There are many conceptual issues that reflect the kind of confusion that should not be associated with a secretary-general, such as his reference to the Democratic Alliance as “the enemy of the National Democratic Revolution”. A cadre deserving of such a senior position would be aware of debates that have taken place within the movement since 1994 about characterisation of the opposition in a democratic society. In this context, the ANC in 2007 resolved in the Strategy and Tactics document that:

“…unlike before, when antagonists across the apartheid divide were locked in mortal combat, engagement around issues of transformation in a democracy forms part of legitimate discourse and electoral politics. Those who continue to resist change within the constitutional framework are opponents in a democratic order. Their political and other organisations are legitimate expressions of a school of thought that should be challenged, but at the same time accepted as part of democratic engagement.”

While in 2017 the ANC argued that electoral outcomes could place “into positions of authority, forces that can stealthily and deceitfully chip away at the progressive realisation of a National Democratic Society”, it also recognised that the ANC itself could wreak untold damage on the cause of social transformation. The 2017 Strategy and Tactics document acknowledges that “it cannot altogether be ruled out that the liberation movement itself can be so corrupted — in terms of its objectives, policies, value systems as well as composition and conduct of its leadership — that it becomes a bed of counter-revolutionary infestation”.

The conceptual confusion aside, what irked many ANC members is that the secretary-general sought to distance himself from the guidance that the officials (so-called Top Six) recently gave to the ANC caucus in Parliament. This was on whether or not to institute a formal parliamentary inquiry into the fitness of the Public Protector to hold office, given the report of the panel set up by the Speaker of the National Assembly, which had found prima facie evidence of incompetence and misconduct.

The National Chairperson of the ANC communicated the Top Six’s decision to the parliamentary caucus.

Yet, according to the secretary-general, this could be defied, as “officials of the ANC are not a structure in terms of our constitution”.

“What repercussions,” he retorted when asked whether there would be consequences for those who wilfully went against the leadership’s guidance, “when they have done the right thing?”

The ANC caucus has since clarified that the MPs who were absent had valid explanations — further deepening the confusion sown by the secretary-general.

There are moments when any leader can miss a point or misspeak.

What is concerning is that this has become the hallmark of the secretary-general’s public pronouncements on difficult matters facing the movement. For instance, on the issue of members stepping aside when formally charged, the National Executive Committee (NEC) in February adopted the guidelines, a decision that was publicly communicated by the president at the end of the meeting.

However, the secretary-general has argued ever since that no such decision was taken, as the matter, according to him, still had to go to the branches. The treasurer-general who led the team that prepared the guidelines has had to countermand this publicly, reiterating the president’s closing remarks.

And so, a trend is emerging where the secretary-general of the ANC is starting to stick out like a sore thumb among his peers and across the movement. This seems to form part of a wider campaign to undermine the structures of the ANC.

Do these developments reflect “the counter-revolutionary infestation” that the 2017 conference warned about? Let us be generous and characterise it merely as the consolidation of a faction within the ANC.

The so-called Radical Economic Transformation (RET) faction has announced that it is holding meetings; and one of its leaders, incidentally, working in the secretary-general’s office, has released a “basic document” that calls for “a return of the ANC to its socialist ideological orientation,” whatever this means, under current global and domestic conditions.

On land expropriation, the RET document argues that food security and other conditions cannot be a factor. Yet the 2017 ANC conference resolved to ensure that any expropriation should “not undermine future investment in the economy, or damage agricultural production and food security” and it “must not cause harm to other sectors of the economy”.

On state ownership, the RET document calls for wholesale nationalisation, in contrast with the 1992 ANC Ready to Govern document and numerous conference resolutions thereafter which argue for the weighing of the “balance of evidence”.

It is not the first time that the ANC has experienced the emergence of an organisation within the organisation.

As with the PAC in 1958 and the Group of 8 in the 1970s, this ultimately led to rupture. The elephant does take long to turn — or to use a different metaphor — the fruit was allowed to ripen and drop at the slightest shake of the tree.

But the situation may be more serious than this generous interpretation, and so, debate on content issues may be pointless, as policy is but a ruse to hide something else.

Veterans of the ANC and other respected individuals and organisations in the Defend our Democracy campaign identify the threat to include defiance of the Constitutional Court, and they argue that it “goes beyond that posed by an individual [and] illustrates how that individual embodies a political culture fundamentally antithetical to democracy: the cult of personality, rule by factional dictate, nepotism, and totalitarianism in a securitised state”.

According to the Defend our Democracy campaigners, this threat is characterised by the looting which has weakened the state and undermined the economy. Proceeds of corruption are being used both for personal enrichment and to “enable a well-organised cartel” to stall prosecution of beneficiaries of corruption and state capture. Further, a private militia and a wider network have been mobilised to amplify unlawful defiance of the courts by the former president.

Conspiracy theories abound, with reports of units trained in sabotage and assassination, and strange coincidences such as the attempt to incite violence against foreigners in KwaZulu-Natal by elements of the very same private militia, and the fire in Parliament after the vote on the Public Protector. Some of these theories may be without basis.

READ | Adriaan Basson: The time is ripe for a new political party but who will be brave enough?

But it cannot be ruled out that South Africa’s own Savimbis and Dhlakamas — who destabilised Angola and Mozambique with the support of the erstwhile SA Defence Force and its Military Intelligence — are crawling out of the woodwork and showing their true colours.

South Africans, including the mass of ANC members, cannot allow the advances since 2017 to be squandered, and for the constitutional order to be subverted. The campaign against this assault on our democracy should be intensified, involving all sectors of society.

In these efforts, the battles must be deftly chosen, and the timing of each fight must be appropriate. Care must be taken not to allow the saboteurs to dictate the “what, when and how” of engagement. The fish should not be allowed to twist, turn and muddy the waters so as to slip out of the grip of the justice system.

Lest we forget: the beneficiaries of corruption and state capture will not give up without a fight. South Africa cannot afford to be complacent!

– Joel Netshitenzhe is the executive director of the Mapungubwe Institute and a member of the ANC National Executive Committee (NEC). He writes in his personal capacity.

*Want to respond to the columnist? Send your letter or article to opinions@Newspages.co.za with your name and town or province. You are welcome to also send a profile picture. We encourage a diversity of voices and views in our readers’ submissions and reserve the right not to publish any and all submissions received.

ANC to oppose Magashule’s bid to declare his suspension unlawful 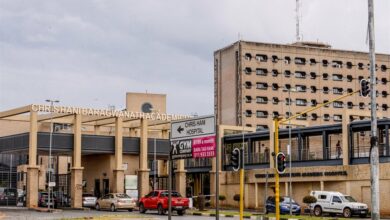 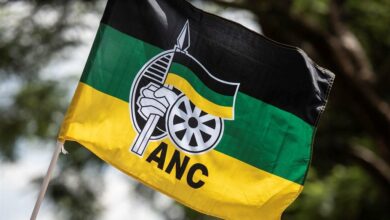 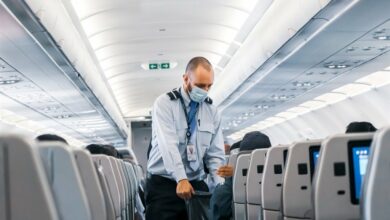