Johannesburg’s ongoing air pollution problem has been particularly bad in the first week of August, with both local and international assessors flagging hazardous air quality which poses serious health risks, especially during a pandemic.

The dire state of Johannesburg’s air is not a new phenomenon. The World Health Organisation reported that air pollution killed almost 20,000 South Africans in 2013 – a yearly death toll which had remained uncomfortably high since the 1990s – with the country’s most polluted air identified in Tshwane and Johannesburg.

More recently, the Department of Environment, Forestry and Fisheries (DEFF) launched an investigation into elevated levels of sulphur dioxide and hydrogen sulphide in Mpumalanga and Gauteng.

Gauteng’s air quality, which is affected by nearby coal-fired power stations, refineries, and industries, degrades even further in cold weather. This year’s winter season, which has been especially brutal, has worsened the quality of air across Johannesburg, Midrand, and even Tshwane.

“High-pressure systems present very calm conditions, so you don’t have a lot of wind that can either disperse or dilute the pollution and that then causes a very high level of pollution on the surface of the earth,” Dr Raeesa Moolla, senior lecturer in physical geography University of the Witwatersrand, told Business Insider South Africa.

“And that’s why, particularly in winter, because of the persistent high-pressure system on the Highveld, we have very high levels of pollution.”

These high-pressure systems have battered the region with cold weather, with Johannesburg recording record-low temperatures in July. Johannesburg, being South Africa’s most densely populated city, also suffers from a unique urban burble which traps air pollution.

“Besides the inversion layer around Johannesburg, it’s more about the urban island or urban heat dome… it’s a similar concept to the inversion layer but is caused by urbanisation, the concrete and buildings. It causes the same effect, this blanket effect,” said Moolla, adding that the inversion layer causes air pollution to hang closer the earths surface, worsening its effects.

Data gathered by the South African Air Quality Information Systems (SAAQIS), which tracks pollution levels in the country’s major cities, confirms that Johannesburg and its surrounds have been blanketed by industrial smog in recent weeks.

Although SAAQIS’ downtown station – in Newtown – has been offline, its nearest bases in Diepkloof and Jabavu in Soweto recorded a spike in pollutants since the end of July.

The Diepkloof station recorded 21,482 parts per billion (ppb) of sulphur dioxide on 26 July, the highest levels in more than a year and four times the annual average. Jabavu’s highest sulphur dioxide levels in a year, of 16,704 ppb were recorded on Tuesday.

The level of fine Particulate Matter (PM2.5), which pose especially serious health risks, was recorded at double the annual average during the same period. These pollutant levels coincide with data from IQAir, which listed Johannesburg’s air quality levels as some of the worst in the world at various points in the first week of August.

“Sulphur dioxide goes up into the atmosphere [where] it interacts with other pollutants and causes what’s called secondary pollution of particulate matter,” Rico Euripidou, the director of environmental justice organisation, groundWork, told Business Insider SA.

“When the particulate matter is small, that’s PM2.5, that’s the stuff you really worry about because that’s the stuff that gets deepest into your lungs, exchanges with the oxygen in your system [and] gets carried by the oxygen to the different organs.”

“That’s why it’s a misnomer to say air pollution [only] causes respiratory disease. It doesn’t only do that. It causes heart disease, vascular disease, brain disease.”

GroundWork is currently battling the government in court – known as the “Deadly Air” case – arguing that the poor ambient air quality in the Highveld is a violation of the Constitution of South Africa. Euripidou says that major industries have been allowed to pollute due to the DEFF’s poor regulations and compliance mandates.

High levels of air pollution are especially dangerous during a pandemic which targets the respiratory system. Gauteng currently accounts for the highest number of Covid-19 deaths and cases in the country, having driven the third wave of infections in June and July.

“It gives Covid-19 more of an opportunity in your body to cause a bigger infection because people’s health is [already] compromised by air pollution.”

The impact of air population on people’s health varies according to exposure. The longer someone is exposed to pollution the more severe and chronic the conditions are expected to be. In Johannesburg, which has been suffering from an air pollution problem for many years, this is especially worrying.

“Some pollution may just have short-term effects, like your sinus’ being blocked, runny nose, itchy eyes, common allergy symptoms. What happens when you’re exposed chronically or long term, those effects are very different,” said Moolla.

Serious health warnings have been triggered by SAAQIS over the past week where levels of pollution have exceeded the National Ambient Air Quality Standards (NAAQS). Air quality levels measured in Diepkloof and Jabavu have reached “unhealthy” and “hazardous”, cautioning residents to “reduce physical exertion, particularly outdoors.”

Despite high levels of PM2.5 and sulphur dioxide in and around Johannesburg, the City says its “comparable to the previous year’s air quality measures.”

“The City, however, can confirm that there has been few incidences of spiking readings on some of pollutants, linked to activities beyond the city’s boundary, from petrochemical and power generation industries located in the Vaal Airshed Priority Area and the Highveld Priority Area.”

The Department of Environment, Forestry and Fisheries has yet to respond to Business Insider SA’s request for comment. 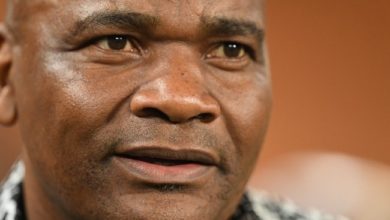 Twitter lights up as Bafana Bafana miss out on Afcon qualification 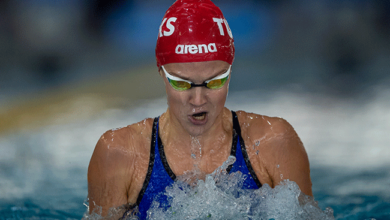