“We have determined to voluntarily suspend our rollout until the causal relationship between the development of clots and the Johnson & Johnson vaccine is sufficiently interrogated,” he said. He added that a decision on whether to continue with the rollout would be made within the next few days .

More than 280 000 healthcare workers received the vaccine by 12 April as part of the Sisonke Covid-19 vaccine trial.

Mkhize’s announcement came shortly after the US Food and Drug Administration (FDA) and Centers for Disease Control and Prevention (CDC) called for the pausing of the use of the vaccine, citing six cases of severe blood clots among the 6.8 million women who received the shot. European health authorities are investigating the cases, leading to a delay in vaccine deployment there.

The FDA said it was recommending a temporary pause “out of an abundance of caution”. It confirmed that one patient died as a result of blood-clotting complications and that another was in a critical condition.

According to The Washington Post, the health agencies are investigating this possible side effect. A review is expected to conclude within days.

On Wednesday, News24 reported that more than a million doses of the J&J vaccine were scheduled for delivery next week by the Aspen facility in the Eastern Cape.

What are blood clots?

According to the Cleveland Clinic, blood clots are gel-like collections of blood. The clots form in veins or arteries when blood changes from liquid to partially solid and can block circulation. Clotting is normal, the clinic adds, but it cautions that it can be dangerous when clots do not dissolve on their own.

The condition, called cerebral venous sinus thrombosis, causes clots to form in veins that drain blood from the brain, according to The New York Times. A similar disorder has been seen in AstraZeneca-Oxford recipients in Europe. Scientists suspect it may be caused by an intense reaction to the vaccine from the immune system.

Professor Linda-Gail Bekker, co-lead investigator of South Africa’s Sisonke Covid-19 vaccine trial, told Health24 there were different causes of blood clotting and that it could be due to immune responses, illnesses (such as cancer) or certain drugs (medications), for example.

“Of course, this is exactly what vaccines do. They stir up our immune systems, which is a good thing, but these could be the potential consequences,” although we’ll have to await data from the investigation to confirm whether there is any causal link.

Still, Bekker stressed that the occurrence was extremely rare.

“The unusual thing about these blood clots is they are occurring with low platelets, which just means they’re very rare, because we don’t see that very often. The six women who got the clots were all quite young so I think that puts a spin on it and makes people a little bit anxious,” she said.

This is because complications are typically seen in people who are older or who have comorbidities.

Blood clots are a common occurrence, according to Bekker. The CDC, for instance, puts things into perspective: In the US, up to 600 000 people a year develop blood clots in their lungs or in leg veins or other parts of the body. This means that around 1 000 to 2 000 blood clots occur in that population every day.

Since thousands to millions of people were receiving the vaccine daily in several countries, some of these clots occurred in vaccine recipients by coincidence and were unrelated to the J&J jab.

“I think it’s important for us to continue to weigh up the risk and the benefit. We know Covid itself can cause clotting problems, so this pause is really just time for regulators and ethics committees to review the data, make sure we get good information out to people, and then hopefully, we’ll be able to resume again shortly,” Bekker said.

As the investigation continues, doctors handling the Sisonke trial are also inserting more information into informed consent leaflets, “so we can be just very sure that everybody has all the information at their fingertips,” Bekker said.

“And, obviously, it takes a bit of time just to get those documents right. But we hope within 48 hours we’ll have that all lined up again and hopefully be able to start, if not by the weekend, then on Monday,” she added.

Unfortunately, experts could not confirm this, Bekker said.

“We are waiting for more detail on those cases. I know Sahpra (the SA Health Products Regulatory Authority) was hoping to see more detail, and hopefully the FDA or J&J will be able to provide that today. But the problem is that the numbers are small – it’s only six people, so it’s quite hard to figure out what are the common threads.”

Hopefully, with all the facts gathered through the investigation, there will be better clarity.

“We want to know if they were on a particular medication, for example. We know contraception can also be a cause of clots,” Bekker added.

Thus far, no blood clots have been reported in the healthcare workers who took part in the Sisonke trial, the South African Medical Research Council said on Tuesday.

The Times noted that when asked whether the use of contraceptives could be a contributing risk factor, US health officials said they were not aware of any link but that, on closer investigation, it was revealed that more women were getting the jab overall in some countries because they were overrepresented among healthcare workers.

The symptoms to look out for

The blood clots appear to be occurring one to three weeks after vaccination, Bekker said. So if you’ve received the vaccine and three weeks have already passed, you shouldn’t be too concerned, and “if you’re in that one-to-three-week period, it’s important to realise this is very rare.”

Headaches are one of the most common side effects of the Covid-19 vaccine, but if your headaches are persistent during this one-to-three-week period, you should seek medical assistance.

It’s also recommended that you consult a doctor if you have swelling in the leg, feelings of dizziness, vision abnormalities, or abdominal pain within this period.

“We are trying to spread the word among our medical colleagues on what to look out for and how to treat these individuals, should this be the diagnosis in play,” Bekker said.

Is the condition treatable?

Doctors are being advised against using heparin, a common blood thinner, Bekker said, because it could worsen the condition.

“There is an immune globulin treatment that can be used and again, we are trying to make sure that these protocols are widely known. This is available commercially and can be used to treat individuals with the problem.”

Bekker stressed the importance of remembering that we still fall within a positive-risk benefit ratio in terms of the Covid-19 vaccines.

“We just need a little more information and to make sure that we have all the right information. We will hopefully be back on the road very soon,” she said.

READ | Vaccine side effects are not uncommon – so, with J&J’s jab: What are they, who gets them, and why?

READ | OPINION | Johnson & Johnson vaccine suspension – what this means for you 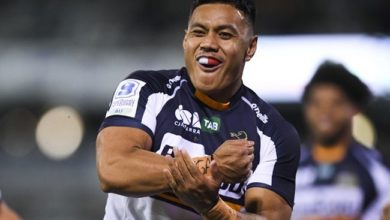 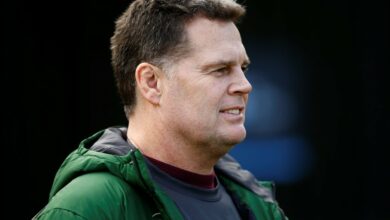 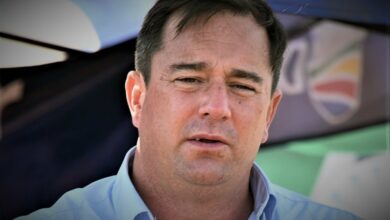 Coalition talks: ‘We will not govern with a gun to our head’ – John Steenhuisen