Dr. Jackson Avery is checking out of Grey Sloan.

Star Jesse Williams is departing Grey’s Anatomy. The actor, whose two-year contract was up this season, will officially sign off in the May 20 episode, titled “Tradition,” of ABC’s Shondaland medical drama.

“I will forever be grateful for the boundless opportunities provided me by Shonda [Rhimes], the network, studio, fellow cast mates, our incredible crew, Krista [Vernoff], Ellen [Pompeo] and Debbie [Allen],” Williams said in a statement. “As an actor, director and person, I have been obscenely lucky to learn so much from so many and I thank our beautiful fans, who breathe so much energy and appreciation into our shared worlds. The experience and endurance born of creating nearly 300 hours of leading global television is a gift I’ll carry always. I am immensely proud of our work, our impact and to be moving forward with so many tools, opportunities, allies and dear friends.”

Added showrunner Vernoff: “Jesse Williams is an extraordinary artist and activist. Watching his evolution these past 11 years both on screen and off has been a true gift. Jesse brings so much heart, such depth of care, and so much intelligence to his work. We will miss Jesse terribly and we will miss Jackson Avery — played to perfection for so many years.”

The news was revealed Thursday, as Williams’ former on-screen love interest, April (Sarah Drew) returned for an episode that will point Jackson toward a fulfilling closure for the character. Sources note Vernoff and the writers opted to bring Drew back as part of a fitting farewell for Jackson. (This post will be updated with details of the episode as it airs on the East Coast.)

Williams joined Grey’s Anatomy — alongside Drew — as a recurring player in season six before both were promoted to series regular a year later. (Drew departed the series in 2018 alongside Jessica Capshaw.)

Williams is the second series regular to depart during Grey’s Anatomy‘s current 17th season. Giacomo Gianniotti’s Dr. Andrew DeLuca was written out and killed off in March. All told, DeLuca was only the fifth series regular in Grey’s history have their storyline end in a fatality and the first since Patrick Dempsey’s shocking exit nearly six years ago.

Season 17 has explored the COVID-19 pandemic. Jackson has spent the most recent part of the season focused on philanthropy, including improving access to vaccines.

It’s worth noting that Williams nearly left Grey’s at the end of season 15 before signing the new two-year deal to remain with the drama in a scaled back capacity. Season 15 ended with a cliffhanger that left Jackson’s fate up in the air.

Williams joins a roster of Grey’s series regulars who have walked away from the drama including original stars Justin Chambers, Katherine Heigl, T.R. Knight, Isaiah Washington, Jerrika Hinton, Sara Ramirez, Sandra Oh, Eric Dane and Chyler Leigh. This season, to help offset the sadness of the pandemic storylines, Grey’s also brought back Dempsey, Knight, Dane and Leigh as part of a dreamlike-beach storyline that was part of Meredith’s (Ellen Pompeo) fight for her life against COVID-19.

Williams, who has also directed on Grey’s, is an activist and on the board of directors for civil rights advocacy group The Advancement Project and an exec producer of Question Bridge: Black Males, a multimedia website and curriculum. He recently produced Two Distant Strangers, which recently won the Oscar in the live-action short film category. Before the pandemic, Williams was poised to make his Broadway debut in Take Me Out. He told The Hollywood Reporter in February that he wasn’t “entirely sure” he’d be with Grey’s until its end, though he noted he’d “love to go out with the group.”

“I’m certainly available and excited and we’ve had no indication of anything changing,” he said at the time, noting he was bartending and working at a law firm before he booked Grey’s. “I could also admit to being a human being that on a show 10 months a year, for 10 years, and raising a family, and prioritizing my kids and making sure I’m part of that decision is so that I can be home and be raising my kids every day and not be off somewhere for six months, or five months, or three months. Those are all decisions I’m proud of and stand behind. I also admit to being a person who wants to play over there, too.”

Grey’s Anatomy has yet to officially be renewed for an 18th season. Sources tell The Hollywood Reporter that leading lady Pompeo and fellow remaining original stars Chandra Wilson and James Pickens Jr. are near deals to return for another season, which would trigger a formal Grey’s renewal for the 2021-22 broadcast season.

Click here for a gallery of Grey’s Anatomy’s biggest departures.

Nigeria 3-0 Lesotho: Relive the Super Eagles' demolition of the Crocodiles 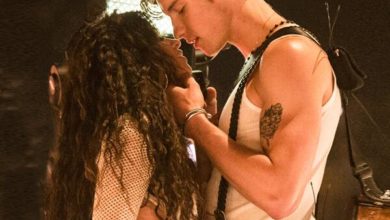 She Still Loves It: Inside Camila Cabello’s Life With Shawn Mendes 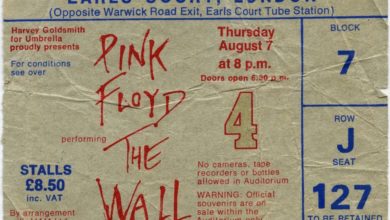 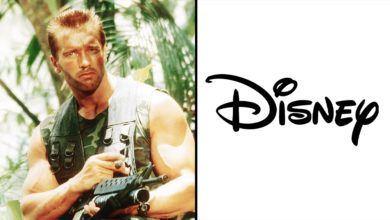