The Oscar-winning actress, 30, appeared on The B*tch Bible podcast with her friend Heather McMahan just as the news broke Jennifer Lopez and Ben Affleck were spotted in Montana together.

“Breaking f—–g news,” Lawrence announced. “Jennifer Lopez and Ben Affleck are back together. They’re in Montana. They are on vacation with each other right now.”

Lopez and Affleck were engaged in 2002 but split in 2004. They co-starred in the films “Jersey Girl” and “Gigli” together.

In photos obtained by the U.K.’s DailyMail, the two were seen driving together in an SUV with Affleck at the helm and Lopez riding in the passenger seat. The Oscar-winning actor-director, 48, has a home in Big Sky, Montana.

They later flew back to Los Angeles on a private jet together.

In recent weeks, Affleck has also been spotted arriving at and leaving from Lopez’s Bel Air mansion.

A source told People magazine, the 51-year-old singer-actress “is in touch with Ben every day” since leaving Big Sky.

“They are making plans to see each other,” the source added. “Jennifer is still very excited about how things are going with Ben.”

They said in a joint statement: “We have realized we are better as friends and look forward to remaining so. We will continue to work together and support each other on our shared businesses and projects. We wish the best for each other and one another’s children. Out of respect for them, the only other comment we have to say is thank you to everyone who has sent kind words and support.”

6 Places You're Missing When You Apply Sunscreen

Lucasfilm hires YouTuber who used deepfake to improve ‘The Mandalorian’

Zack Snyder: ‘I don’t have a rightwing political agenda. People see what they want to see’ | Zack Snyder 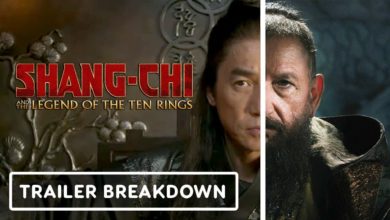