Jennifer Hudson is gearing up for her big debut as Aretha Franklin in the upcoming biopic about the late singer’s life, Respect, a role she was handpicked specifically by Franklin to play. The film, which comes out this Friday, held its big red carpet premiere tonight at the Regency Village and Bruin Theatre in Los Angeles, where of course J.Hud looked like royalty and stole the show.

Styled by @waymanandmicah, the singer and actress wore a gorgeous custom, purple Dolce And Gabbana gown with a long train that followed the superstar everywhere she turned. The dress was sparkly, strapless, and featured a high slit allowing the 39-year-old to show off her toned legs. She wore her hair parted over to one slide and slicked back into what looked like a low bun. She added a long, purple veil to the back of her ‘do that matched the dress perfectly and had her looking like a true queen. She wore minimal jewelry except for simple earrings and silver rings on her fingers. And on her feet, she wore sparkling closed-toe pumps that helped accentuate her gorgeous frame.

“This is prob her best look ever!” one fan said of the ensemble while another fan commented, “love everything about this look on Jennifer

Jennifer’s Respect co-star and fellow actor Marlon Wayans was also in attendance of the big premiere, and the two flicked it up together outside of the event. Wayans plays Ted White in the film, Aretha Franklin’s first husband and former manager.

Attending the big red-carpet premiere isn’t the only way Hudson is preparing for her big debut as the legendary soul singer. Just last week, she released her version of Aretha’s sultry classic, “Ain’t No Way,” a single that is one of 17 tracks by Franklin that Hudson has recreated in the film and in the movie’s soundtrack.

And we finally got our first glimpse into the way Hudson has completely channeled the late soul singer’s moves, voice, and attitude in the film’s trailer, which was released earlier this year. The quick, 1-minute first look at the film has us seeing exactly why Aretha Franklin hand-picked J.Hud to play herself in a movie. ICYMI, check it out below. 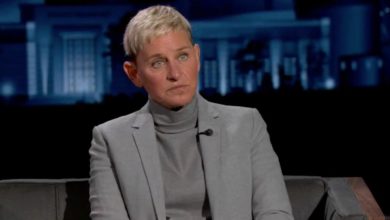