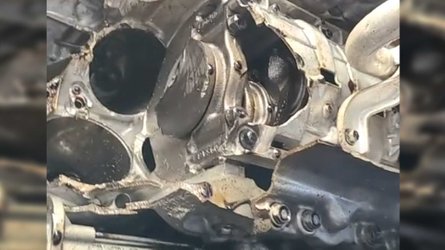 Before diving into the details regarding this catastrophic display of destruction, know that many details are missing and the available information leaves us with some questions. Regardless of the details, this is the kind of brutal destruction usually reserved for gazillion-horsepower race cars blowing themselves up. As such, there is some strong language in the video below, but we’d probably say the same thing if this came into our shop.

Of course, this isn’t a gazillion-horsepower race car. According to the TikTok video shared by sbcsdime210 (also viewable above from YouTube) it’s a 2021 Jeep Wrangler Rubicon that looks to be as bone-stock as they come. From the outside everything seems normal, but when the camera looks underneath, we literally see the engine torn completely open. As the video explains, the crankshaft is broken and the back half of the engine block is just gone. The transmission bell housing is blown apart. The transmission input shaft is sheared. The ensuing shrapnel destroyed the catalytic converter. If we didn’t know better, we’d say a grenade detonated inside the oil pan.

So what happened? According to The Drive, this Jeep came into a Florida dealership after being flat-towed behind a motorhome. Flat-towing is when a vehicle is towed on all four wheels, but with the nature of transmissions, not all vehicles can be flat-towed without causing major driveline damage. In short, the Wrangler is okay for flat-towing when set up properly, but apparently, this particular Rubicon was left in gear when hooked up. That’s not good, but it gets worse.

save over $3,400 on average off MSRP* on a new Jeep Wrangler

The report also states technicians at this dealership found the Wrangler in four-wheel low, and the transmission was in first gear. It must be noted that neither the video nor the report state definitively that this Wrangler was actually towed in first gear, 4L range. It was merely found that way. Frankly, we struggle to comprehend how such a low-gear configuration could be towed at even a modest speed without the tires simply dragging across the ground. Then again, we never tried to tow a Wrangler in gear, never mind locked into low range.

But, as we stated in the beginning, the details aren’t terrifically important here. This appears to be a flat-towing faux pas, and one can only imagine the force required to peel back an oil pan, shear a crankshaft, and detonate a bell housing. What’s more, the damage is said to be upwards of $30,000 and that’s reportedly just for the necessary parts. Apparently, that 3.6-liter V6 engine is a pricey item when sourced new from the factory.

Honestly, may as well just opt for the $21,000 Hellcat Redeye crate engine and be done with it.

President Cyril Ramaphosa delivers the State of the Nation Address 2020

We are LED: Phased switch-off of analogue televisions kicks off 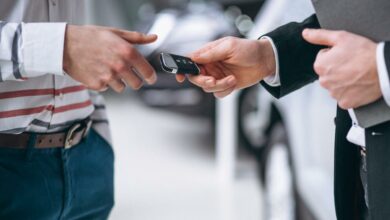 SHOCKING: The scandalous price to rent a car for a week in Ireland 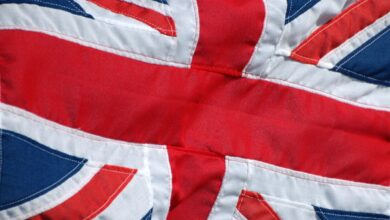 How do petrol prices work?