A decade ago, James Franco and Anne Hathaway co-hosted the 83rd Academy Awards and the experiment proved to be pretty awkward, according to several writers who worked the gig back in 2011.

At the time, the telecast was criticized for being cringe and lacking chemistry between the two performers who were doing just that while playing off of one another.

“It was like the world’s most uncomfortable blind date between the cool rocker stoner kid and the adorable theater camp cheerleader,” writer David Wild told The Ringer on Wednesday of the pair’s opening monologue in which the “Love & Other Drugs” star was subject to boasting from Franco for his best actor nomination for “127 Hours” while Hathaway was overlooked.

Wild went on to recall a moment way back when that spurred friction between the co-hosts after Hathaway – just 28 and the youngest host ever at the time – tried to offer up advice to Franco.

“Again, this is a memory, but [she] was like, ‘Maybe you should try that,’ and he was like ‘Don’t tell me how to be funny,'” Wild claimed.

“Oh my gosh, you’re all real!” Hathaway, 38, exclaimed to the audience at the time while a seemingly disinterested Franco, 42, barely gazed at the crowd.

Another writer on the telecast said the moment rang parallel to each of the actors’ approach to the coveted hosting job.

“Anne made herself readily available,” Jordan Rubin said of the “Princess Diaries” star. “I went to her house and worked on the script and she was on a bunch of conference calls and responding to emails and was a great collaborator.”

On the flipside, Franco supposedly “always seemed to be on a flight and it was very hard for me to get a hold of him,” Rubin continued of the funnyman, who at the time was incredibly busy maintaining his acting career all while earning his graduate degree and working as an acting coach.

Viewers at the time speculated whether the “Pineapple Express” star was actually high during the telecast.

ANNE HATHAWAY NO LONGER WANTS TO BE CALLED BY HER FIRST NAME: ‘CALL ME ANYTHING BUT ANNE’

Hathaway was eager to get down to business, Rubin pressed, adding that the “Devil Wears Prada” star “showed up ready to play and committed 110%,” and although Rubin described Franco to be “a great guy,” he said Franco “often looked like he had just woken up from a nap.”

“It’s almost like you’re showing up to a tennis court and one person decided that they were going to play in the U.S. Open and the other wanted to play in jeans and just kind of hit a few balls,” Rubin explained.

Commenting on the supposed verbal spat that allegedly occurred between Franco and Hathaway during rehearsals, Rubin said he saw the situation as a moment where Franco purposely tried to provide a different element to Hathaway’s approach and hosting style.

“I think he wanted to play it as buddy-cop movie with two opposite characters,” said Rubin.

In 2019, the “Oceans 8” actress opened up about the now-infamous attempt at awards show-hosting as reports swirled that the show would go host-less for first time in decades.

“No matter what happens with today’s show, just remember, it’s already been worse. Happy Oscars!” she joked in an Instagram post at the time.

Anne Hathaway, best supporting actress winner for her role in ‘Les Miserables,’ poses with her Oscar at the 85th Academy Awards in Hollywood, California February 24, 2013.
(Reuters)

She also opened up on the difficulties of hosting Hollywood’s biggest night.

“[Franco] didn’t give me anything,” Hathaway told People in January 2019. “God, I just remember the night before we’re about to go up there, and me turning to everyone and going, ‘Am I too much? This feels really big to me.’ And the producer just went, ‘No! Don’t do less. Do more if you need to.’ And I was like, ‘Oh okay, I guess it’s going great.’ And I didn’t realize what was happening about that whole thing.”

Hathaway would pick up an Oscar win two years later in 2013 for best supporting actress for her role in “Les Miserables.”

Covid variant first detected in India is found in the UK 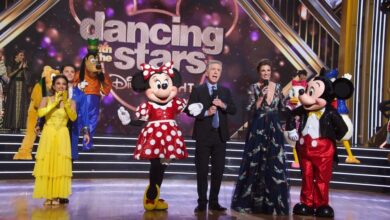 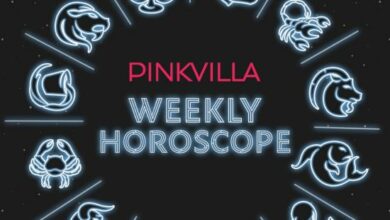