James Corden was trending on both sides of the Atlantic this weekend and for all the wrong reasons as The Late Late Show host’s latest ostensibly harmless stunt divided opinion on social media.

A Twitter user uploaded a clip of Corden and his Cinderella co-stars Camila Cabello, Billy Porter and Idina Menzel performing what looked like a segment of “Crosswalk the Musical” from his late-night show. In the clip, which has been viewed over 17 million times, a fully committed Corden, dressed as a rat, can be seen thrusting his groin at the car while singing the chorus to Jennifer Lopez’s “Let’s Get Loud.”

Judging by the most liked tweets under the trending topic of James Corden, the reaction on Twitter has been overwhelmingly negative and reignited a debate about the multi-hyphenate’s popularity.

“We will not forgive the U.K. for James Corden,” wrote one Twitter user. “What did we, as a nation, do to James Corden that he will not let us be,” wrote another summing up the most SFW sentiments, although much of the reaction was firmly in the mean territory.

London-born Corden seems to be experiencing a similar backlash he faced in the U.K. before he left for the U.S. in 2012, first to star on Broadway (winning a Tony award for One Man, Two Guvnors) and then eventually securing The Late Late Show gig as Craig Ferguson’s replacement in 2015. At the time of his departure from his home country, Corden was regularly the source of social media derision partly down to his cocky persona but also because of overexposure.

At the end of the 2000s, Corden was everywhere on British TV. He co-wrote and co-starred in the phenomenally successful BBC comedy Gavin & Stacey, starred in hit shows like Doctor Who, hosted several comedy panel shows, was the go-to host of awards shows most notably The Brit Awards and was a regular star in ads for everything from cell phones to supermarkets.

Corden’s current absence on British TV has reduced the vitriol to some degree, but there are regular flare-ups, such as this weekend and a few weeks ago after the first trailer for Cinderella dropped and inspired this piece in The Independent with the headline, “‘Nobody Likes A Narcissist’: How Did America Fall In Love With James Corden?”

There was a more embarrassing reminder of his unpopularity in May 2019 when Corden and the “Carpool Karaoke” team agreed to do a Ask Me Anything Q&A session on Reddit. The session ended after 3 questions after Corden was sent 700+ negative comments about his career and alleged events.

It might be rash to call this the worst thing I’ve ever seen, but I’m trying to think of something worse and coming up dry https://t.co/HVIlXSBShY

The ever-busy Corden has achieved a similar level of ubiquity in the U.S. Alongside hosting his popular late-night show, complete with viral sensation segments such as “Carpool Karaoke” and “Crosswalk the Musical,” and his outsized social media following where he regularly hob-nobs with famous friends like Harry Styles, Corden has hosted the Tonys and the Grammys on multiple occasions, hosted HBO Max’s Friends: The Reunion, executive produced three TV shows and built up a healthy list of big-screen credits, including Ocean’s 8, the Trolls franchise, the Peter Rabbit films and Yesterday.

Corden, a producer as well as a co-star in Amazon’s Cinderella which debuts on Sept. 3, has also become something of a regular in big-budget Hollywood musicals. Since appearing in Rob Marshall’s Into the Woods, he has had notable roles in Ryan Murphy’s The Prom and Tom Hooper’s widely panned Cats.

“go to hell” is basic “i hope james corden gets cast in the movie version of your favorite musical” is smart, it’s possible, and it’s terrifying

In The Prom, Corden, a straight man, was the subject of some criticism for playing the flamboyantly gay character Barry Glickman. “Corden, whose limited range becomes more apparent with every screen role, is torn between trying too hard and not hard enough as Barry,” wrote The Hollywood Reporter‘s reviewer, adding, “Perhaps aware of the potential minefield for a straight actor playing a flaming gay stereotype, Corden channels the mannerisms without the joy.”

After The Prom and Cats and now the reaction to Cinderella, the portion of Twitter where fans of musicals congregate has long gone off the idea of Corden appearing in a project. Despite all of Corden’s success, the sentiments found so routinely on Musical Twitter is beginning to spread and with the eye-rolling reaction to hip-thrusting stunts like the one from this weekend, it could be said that he is in danger of facing the same kind of backlash he did in the U.K., only now he has nowhere bigger to escape to.

July boost for overseas travel but pandemic continues to have a 'dramatic impact', says CSO 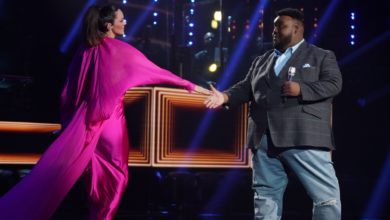