Controversial Eastern Cape businessman Major
Mfesane Bhekizulu has denied allegations that he is behind the murder of his
girlfriend, Singwa Namhla Mtwa.

Mtwa, a 35-year-old OR Tambo municipal employee,
was shot nine times on 21 April while she was in her car, after arriving at her
Sidwadwa home in Mthatha. She had gunshot wounds to her upper body and was
declared dead at the scene.

No one has been arrested in connection with the
incident.

News24 has learnt that police have shifted their
attention to Bhekizulu, her 41-year-old businessman boyfriend, after her family
unlocked her cellphone and discovered disturbing messages, purportedly sent by
him.

Members of the public have taken to social media
and have vowed to deal with the man themselves.

Speaking to News24 on Sunday, Bhekizulu pleaded
with residents to allow the police to do their job, adding that he was not the
person residents should look for.

I have done nothing wrong. I am innocent and would like the public to allow the law to run its course because the residents are now jeopardising the case by going after me, as this might ruin chances of getting the real perpetrator.

He refused to answer follow-up questions and said
he was busy before he ended the call.

In September 2018, Bhekizulu was arrested for
allegedly shooting and killing his employee Mxolisi Mthunjwa, and seriously
injuring another, Thmebela Somana, on 11 August.

The Ngqeleni Magistrate’s Court, sitting in
Mthatha, granted the businessman R50 000 bail on charges of premeditated murder
and attempted murder.

National Prosecuting Authority (NPA) spokesperson
Luxolo Tyali was not able to confirm the status of the court case at the time
of writing.

ALSO READ | Husband arrested after remains
of woman, who went missing 2 years ago, found under bathtub

Photos of a badly bruised Mtwa have gone viral.

Screenshots of the string of messages, which he
allegedly sent to Mtwa, have also gone viral.

In terms of the screenshots, it is alleged that
Mtwa pleaded with him to allow her to rest and recover from the injuries he
allegedly inflicted, but he threatened to harm her further. She allegedly
explained that she couldn’t drive with her injuries and told him she wanted to
see a doctor.

The screenshots also showed a lengthy message,
allegedly from Mtwa, apologising for disappointing him.

Sanga alleges that the man is Bhekizulu.

Mene announced on Saturday that the police launched
a manhunt for the perpetrator.

She also said she appointed a senior manager at brigadier
level to oversee the case and added that there was regular engagement between
the detectives and family members of the deceased to provide constant feedback.

“Members of the family and the public are
therefore assured that Namhla’s case is in the hands of capable and
professionally trained detectives. With the support and response demonstrated
by the community and various formations in every corner of our province and
outside its borders, we are optimistic that a breakthrough in this particular
case will be made,” Mene said. Mene also appealed to members of the public to
share any relevant information which may add value to the case.

Mabuyane said he had been updated by authorities in
the police about the murder case and had called for the net to be cast wide and
include the investigation of recent developments with respect to gender-based
violence and femicide (GBV&F) allegations.

“Someone must answer for the vicious killing
of this young woman. We must also find answers to the images that we have seen
in the last 24 hours which show that before her death, she was exposed to all
manner of barbaric acts,” Mabuyane said.

“Our laws empower us to strengthen the fight
against GBV&F and we must use it to expose and bring to book perpetrators
of this heinous crime,” the premier continued.

“We trust that law enforcement authorities
will take all the necessary steps to investigate these allegations and most
importantly, bring about #JusticeforNamhla.

“I further call on friends, family and the
community of the Eastern Cape at large to support efforts of law enforcement
officers in the investigation of this crime,” Mabuyane added. “We must also do everything in our power to
ensure that no other young woman suffers the same fate that has befallen
Namhla. Let us raise our voices louder and sharper against all manner of
violence perpetrated against women.”

The ANC in the Eastern Cape has called on the
police to arrest the perpetrator within three days.

Mtwa was buried two weeks ago.

The man’s identity has been widely shared on social
media, although police, the government, and ANC statements do not mention him
directly.

We want to
hear your views on the news. Subscribe to News24 to be part of the
conversation in the comments section of this article. 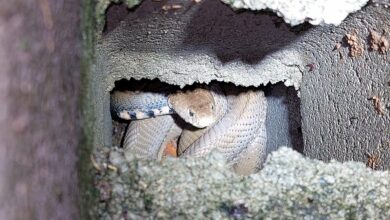 A cobra filled weekend in Durban 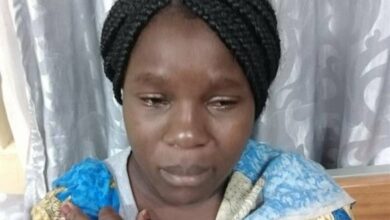 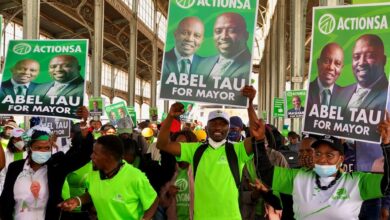 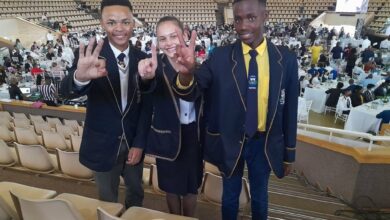