Much has been made recently of the beginning of Phase 2 of the South African COVID-19 vaccine rollout.

Twitter has been flooded with photos of well-known and respected South Africans such as Archbishop Emeritus Desmond Tutu, and ex-finance minister Trevor Manuel getting their jabs. Minister of Health Dr Zweli Mkhize opened vaccination centres with the usual pomp and ceremony.

As an onlooker, one could be forgiven for thinking that the roll out is proceeding with uncharacteristic efficiency.

One thing however has been glaringly and conspicuously absent from the news and government releases: data.

WHERE IS THE VACCINE ROLLOUT DATA?

Where is the detailed and updated information on, not only what is happening where, but what is meant to happen over the coming critical months?

For example, how many doses of vaccine have actually been delivered to South Africa, and what are they? How many doses have been delivered to which provincial health systems? How many are being administered, and where? And of the people that are being given vaccines, how can we be sure that they are representative of the nation as a whole and not just those in privileged areas with the most health clinics, who have access to the technology needed to apply for a vaccine timeously and also the means of transport to be able to get to vaccine centres at the sudden arrival of an SMS?

The only piece of information from the NICD that comes out daily is a paragraph which states total vaccines administered. This is far, far, far from the full picture that the South African public deserves to know about what is actually happening.

If one dares to peer into the future the picture is even hazier.

READ: Delays in the vaccine rollout – SA will wrap up jabs in 2022

The much-stated aim of the vaccination drive is to achieve ‘herd immunity’ by the end of 2021, which would entail around 70% of South Africans having received either one or two doses depending on the type of vaccine. One could estimate therefore that South Africa requires a total of 87 million doses to achieve immunity.

Using conservative estimates this would entail around 414 000 vaccines administered to South Africans every day over the next 7 months.

The current run rate is around 30 000. We therefore need to speed up this rollout around 14 times.

Now, I fully understand that all vaccination campaigns start slow and build, that is to be expected. But why have we not been told what the plan is to hit these extremely challenging hurdles? What are the targets and what is the strategy? This is particularly critical as we face an imminent third wave and we truly are in a race against the virus to immunize the most vulnerable citizens.

For example, could the Minister of Health not announce that the target is to hit 250 000 a day by the end of June, and then at least if we are still far off that by then South Africans can hold him to account for yet another catastrophe?

READ: Vaccine latest: Libraries to help elderly get their jabs in the Western Cape

ON VACCINE ROLLOUT, GOVERNMENT HAS FAILED US

Thus far on vaccines the government has spectacularly failed South Africa. This is not a competition, but for comparative purposes it is an oft quoted reality that our neighbour Zimbabwe is leagues ahead of us.

Phase 2 has been hailed by commentators such as Melanie Verwoerd on News24 as ‘finally, a moment of hope’. But is it? If it truly is then the South African public need to be treated with enough respect to be told exactly what actually is happening and what the plan is to deliver on their lofty and seemingly unrealistic promises.

South Africans are staring into the crest of an oncoming third wave of infections. They deserve to be told this by now more than ever.

If the government cannot or will not be transparent on vaccines then this ‘moment of hope’ may actually just be elaborate spin in an attempt to placate a tired, fed up and angry electorate with a few shreds of false hope. 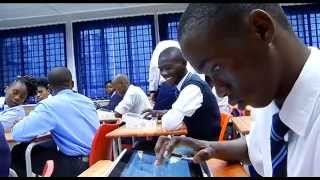 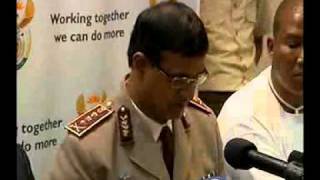 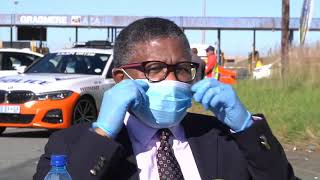 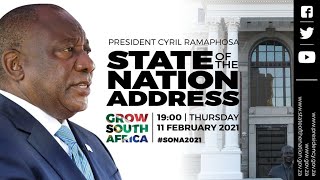