In September 2018 retiree Sally Petty, 74, and her husband, Richard Petty, 78, gave their first deposit for two Scenic cruises for what was to be their “trip of a lifetime”, a European vacation that would take them up the west coast of Europe to Copenhagen and then from St Petersburg to Moscow between May and July 2020.

But, like so many others, the coronavirus threw their travel plans into chaos.

The inevitable news arrived in a letter from Scenic on 8 April 2020 – the tour would be cancelled and the couple given future travel credits.

More than a year later the Pettys have not seen a single dollar of the more than $80,000 they paid for the all-inclusive tour from the operator. They have only been offered a credit.

“It’s wrong. How is this different to theft?” Sally says.

The issue of the missing funds has “eaten away” at her and her husband.

The Pettys are one of tens of thousands of Australians who have struggled to get refunds on money deposited to airlines, travel agencies and travel providers after their trips were cancelled because of the pandemic. The Australian Competition and Consumer Competition (ACCC) alone received 26,412 travel-related complaints in 2020, a 450% increase compared to 2019.

“You can say it’s a sunk cost, but it’s hard-earned money. It’s ours, not theirs. We’ve worked all our lives, educated two sons. Money wasn’t easy to come by in those early years. Now we’ve retired, we put some away to do this trip,” Sally says.

Scenic advised the Pettys that they would receive future credits. “The issue is I don’t know if we’ll even go overseas again,” Sally says. “Richard will be 79 this year, five years ago he had rectal cancer, he’s six years clear but who knows.”

What’s more, the government announced this week that international borders would stay closed until the middle of 2022.

“We care very much about our guests who are booked and can’t travel,” Anthony Laver, Scenic’s group general manager for sales and marketing, told Guardian Australia. “There is a process in place, first of all future travel credit voucher holders have a defined period at the end of which where they are entitled to a refund. Secondly, if they can’t travel for medical or financial reasons, they can apply to have a review of their future travel credit if there are extenuating circumstances.”

Sally first wrote to Scenic on 6 October, saying: “This is totally unsatisfactory, we’re waiting for refund.” After being told to put their credits towards a further booking, it was only through subsequent communication that Sally and Richard were told they could expect a refund in December 2022.

“What worries me most is that Scenic will come out some time this year and extend that 2022 even further. I can see them reneging on the whole thing,” Sally says.

“If you buy something and you don’t get it, you get your money back. Where’s the consumer law in all this?”

‘Out of the supplier’s hands’

Gerard Brody, the chief executive of the Consumer Action Law Centre, says that when services are not provided people are normally entitled to a refund under the consumer guarantees regime.

“But that didn’t apply during the pandemic because the Australian consumer law [under section 267] says when the cause of the service not being provided is out of the supplier’s hands there is no right to a refund.”

Consequently “people then have to rely on what the contract says rather than Australian consumer law”, and different operators’ “contracts were very different in what they said about cancellation”.

The Pettys say their friends who booked holidays with Viking Cruises had 100% of their payments refunded.

Erin Turner, the director of campaigns at Australian not-for-profit consumer advocacy organisation Choice, says “consistency is a really big challenge from last year”. “2020 was exceptional and some parts of the travel industry did a really good job to help customers, but some travel agencies and companies haven’t issued refunds or even responded to customers who are still waiting to hear what they are owed.”

Turner also says that if people don’t receive a response from an airline or a travel agent, they’ve got few escalation options. The travel industry is unlike other sectors like finance or telecommunication, which have independent ombudsmen schemes.

Choice has heard from thousands of people who have struggled the past year in attaining refunds for cancelled travel with a survey conducted in January 2021 revealing over 4,500 case studies of people who had problems with travel cancellations and refunds.

The Australian government has put $258m towards a Covid-19 consumer travel support program, the second round of which was announced on 2 May 2020, which provides travel agents and tour providers with funding to help their business continue “to trade and process refunds and credits to Australian customers for travel they were unable to undertake due to the impacts of Covid-19”.

Nevertheless, “if we want people to travel as Australia opens up, we need more certainty about consumer rights,” Turner says.

The consumer advocate Adam Glezer runs several Facebook groups, including Travel Industry Issues: The Need for Change for Australians, with more than 17,000 members in total that act as forums for people to share their experiences.

Glezer highlights that Australia’s consumer protections when it comes to travel are far weaker than those offered in the US, UK and Europe.

The UK introduced in 2018 regulations that protect consumers when purchasing package holidays. The European Union also has a directive, covering pre-arranged package holidays and self-customised packages.

Glezer is currently running a campaign for anyone who’s been affected by cancelled travel to go their MPs and recommend changes.

“Consumer protection should be important to everyone, whether it’s a member of the public or politician, irrespective of their party,” Glezer says. “It’s something that affects us all..”

The ACCC says it will continue to review the impact that travel industry business practices have had on consumers. “For example, the ACCC is aware that many travel package providers purchase services from suppliers years in advance, which can complicate the ability of these providers to recover funds from suppliers for cancelled services at a later date.”

The Council of Australian Tour Operators and the Australian Federation of Travel Agents were contacted for comment but did not respond. 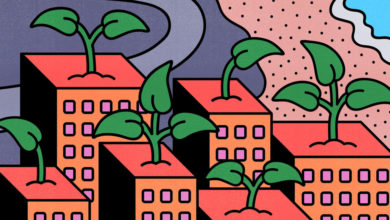 How to Travel More Sustainably Holidays within reach if you travel for only 24hrs and get creative, says single parent and budget traveller