The Energica EsseEsse 9+ is the first electric motorcycle available here with superbike performance.

While riders of big performance motorbikes may snigger when this semi-naked battery-powered motorcycle pulls up alongside them, they will not have the last laugh.

Compared with a lighter 200bhp petrol superbike, the Esse’s 109bhp is modest. Where the Italian-made Esse packs a punch is in its torque delivery. Spitting out 200Nm of shove, it can go from 0 to 100kmh in 2.8 seconds, which falls into superbike territory.

And it does so without noise or air pollution. This, however, may not be enough to convert many riders.

Charging infrastructure for electric motorbikes is in its infancy. The Esse’s $69,000 price tag and 300kg weight may be added deterrents.

Despite these barriers, I can imagine owning one because of the savings gained along the way.

The Esse is equipped with a huge 21.5kWh battery below its pseudo fuel tank. It has AC (alternating current) and DC (direct current) charging ports under its seat.

Charging the test bike from 50 to 75 per cent took 15 minutes and cost $2.09 at one of Shell’s chargers. A full charge with a DC fast charger takes less than an hour, giving a range of about 420km if you ride in Eco mode (maximum speed of about 85kmh) and around 180km in Sport mode (200kmh).

Aside from tyres and chain sprockets, maintaining the Esse is less of a hassle as it has fewer moving parts and requires minimum lubrication.

But how is the ride? Well, its upright riding posture and wide handlebars are akin to what you find on a modern naked bike. Its low centre of gravity and heavy battery can be felt in slow U-turns. If you are not careful you could topple over.

Its reverse gear is helpful during parking.

From its colour digital screen, you can decide to ride the Esse mildly – choosing from four ride modes (the other two being Urban and Rain) – or wildly.

When the ignition is switched on, a large electric symbol above the fuel tank spine lights up in green. Thumb the starter button and you hear clicking sounds before a green arrowed “Go” emerges on the screen, indicating the Esse is ready to go.

The digital screen informs you of the bike’s power status, ride modes, traction control and how much battery regeneration and “engine” braking is at work.

On my debut ride, I tried to engage the “ghost” clutch lever and gear pedal, but there is none of those as the Esse works like a scooter – just twist and go.

While somewhat retro, subtle touches – such as its flat headlamp, anodised blue panels below the seat and 43mm Marzocchi upside-down forks – give it a modern feel.

You will cherish the Esse’s acceleration noise. It sounds like an electric shaver on steroids, especially in Sport mode.

An acquired taste is the Esse’s four levels of battery regeneration – the higher the level of regeneration, the harder the braking force when the throttle is shut.

Cancelling the regeneration drains the battery power faster and makes the Esse feel like a two-stroke motorcycle without any engine braking.

Fully adjustable suspension makes the Esse familiar to those accustomed to higher-end bikes. While the cushioning is plush, you would occasionally hear some rattling from the Esse’s components – particularly on hard bumps.

If things begin to get out of hand, the Brembo anti-lock brakes never fail to perform. Only two fingers on the front brake lever is necessary for most situations.

Despite having to get used to the routine of charging up every two days, the ride on the Esse has been electrifying, to say the least.

But sometimes, it also feels a little like a very expensive mobile phone on wheels.

Big changes for emigration in South Africa – what you should know 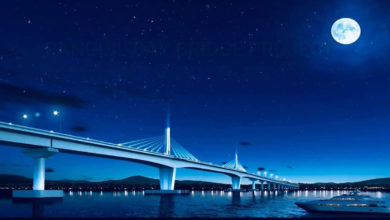 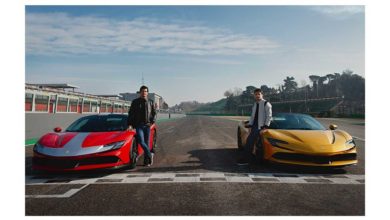 Jaguar E-Type to be restored after 40 years in hiding