This particular Covid-19 variant is at least partly behind the overwhelming second wave in India, the current global epicenter of the pandemic. The World Health Organization has now raised B.1.617 from a “variant of interest” to a “variant of concern.” Authorities like Public Health England are already treating it as the latter, meaning there’s something worrying about one or more of the criteria on which a virus is judged — including how fast it transmits, how many it kills, and whether it evades detection or makes vaccines less effective.

The stakes underlying these threat thresholds have risen beyond guessing the true extent of the unfolding disaster in India. Whether daily fatalities and new cases are, as officially reported, around 4,000 and 400,000, respectively, or closer to 25,000 deaths and between 2 million and 5 million infections, as Brown University School of Public Health’s Ashish Jha estimates, the rest of the world needs to help the country combat this menace. Out of pure self-interest.

Of the many changes in the pathogen, the two of greatest concern affect a portion of the spike protein, called the receptor binding domain, that is key to the virus getting into human cells. A new study has found that an entry driven by the B.1.617 spike protein was “partially resistant against neutralization by antibodies elicited upon infection or vaccination with the Comirnaty/BNT162b2 vaccine.” That’s the official name for the Pfizer-BioNTech shot. Although not in use in India, it is one of the main lines of defense in developed countries.

India, too, needs to do its part. Even as it struggles to provide hospital beds, oxygen and antivirals to its gasping citizens, New Delhi must step up genome surveillance to figure out — for itself and the rest of the world — what exactly is going on. Plans being laid for reopening and economic recovery everywhere could depend on it.

The efficacy of vaccines in dealing with variants isn’t a new concern. Researchers have fretted about everything from B.1.1.7 in the U.K. and B.1.351 in South Africa to P.1 in Brazil and B.1.429 and B.1.232 in California. So far, the news has been mostly good. As Sam Fazeli, a pharmaceuticals analyst for Bloomberg Intelligence, recently noted, there is some evidence from non-human studies that booster shots will neutralize both the original virus and its altered version. As for reports of “breakthrough infections” in Israel, or vaccinated people being struck by the new variant, as Fazeli notes, we shouldn’t worry too much as long as symptoms are mild or nonexistent and hospitalization isn’t required.

A small-scale study of 123 doctors, nurses and other medical staff at a specialized diabetes treatment centre in New Delhi discovered that of the 113 employees vaccinated (107 with the required two doses), 18 got infected with Covid-19, though only one person had to be hospitalized. The individual was later discharged, I learned from one of the researchers. It’s not known if this group was exposed to B.1.617.

That’s just one more thing we don’t know amid the reigning chaos in India. People are scrambling to find a hospital bed or an oxygen cylinder. Or — if they’re well — a vaccine shot. Crematoriums are full, and scared villagers are dumping bodies into the river, just as their forefathers did during the 1918 Spanish Flu, a scene economic historian Chinmay Tumbe describes in his book, The Age of Pandemics.

Simply allowing the coronavirus to run its course in a population of 1.4 billion would be morally reprehensible. It would also be dangerous: The longer it takes to tame India’s second wave, the higher the risk of a variant that does escape vaccine protection.

One-sixth of humanity can’t be ignored without a massive hit to a global economy that is impatient to reopen. Ask Silicon Valley managers supervising large software projects for global corporations: Their engineering teams in India are in disarray. Or take last week’s Group of Seven meetings in London, billed as the first face-to-face meeting in two years. Two members of the Indian contingent, invited as guests, tested positive, leading to self-isolation for Subrahmanyam Jaishankar, the foreign minister. A PR disaster for the host, but also a reminder that it can’t be business as usual for the world until the Indian situation comes under control. Sure enough, UK Prime Minister Boris Johnson now says he’s “anxious” about B.1.617.2, a sub-lineage of the variant detected in India. Cases of this new strain have more than doubled to 1,313 from 520 over the past week, Public Health England said on Thursday.

For neighbouring Asian economies, the risk is far greater. Thailand has extended its ban on travelers from India to Bangladesh, Nepal and Pakistan. Australia was so alarmed it controversially refused entry for even its own citizens coming home from India. Hong Kong got spooked when 51 passengers on a single flight from New Delhi early last month tested positive — for 43% of them, the disease showed up two weeks into their mandatory hotel quarantine. The city decided to conduct genome sequencing to gauge the threat. More recently, a 29-year-old Indian engineer coming into Hong Kong from Dubai was charged by authorities for allegedly giving misleading information after 1,200 residents had to be quarantined because of the variant threat he represented.

Singapore’s largest active cluster, at one of the city’s big hospitals, is being chalked up to B.1.617.2. This sub-lineage of the Indian variant is more infectious and “causing larger clusters than before,” the Straits Times reported Education Minister Lawrence Wong as saying.As countries help India with everything from vaccine stocks to oxygen, they should in return ask for honest reporting of case and fatality data — and much greater genomic scrutiny of the emerging variants than is currently being conducted. In a country that takes pride in being the world’s pharmaceutical capital, local labs are more than capable. But they simply can’t assess the threat by sequencing a little more than 13,000 samples out of 23 million-plus cases.

Prime Minister Narendra Modi’s administration could have done many things differently to prevent overwhelming the country’s patchy health system. Where it can still catch up is in its duty to discover and tell the truth to its own people and the rest of the world. Especially about B.1.617. 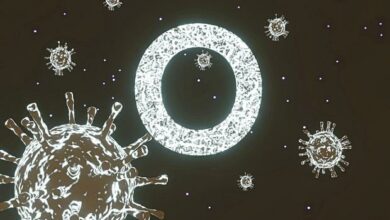 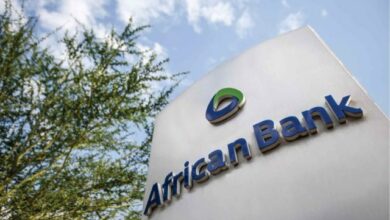