South Africa’s efforts to attract much-needed investment continue to bear fruit even at a time when the world has been turned on its head due to the COVID-19 pandemic.

The country’s premier two-day Investment Conference recently wrapped up in a time when the world continues to pick itself up amidst the pandemic that has changed life as we know it.

Despite the global turmoil caused by the pandemic, the appetite for investing in Africa’s southernmost country was not dampened.

The conference which was held partly virtually on its first day culminated with a total 50 companies pledging R 109.6 billion.

Speaking on the last day of the conference, President Cyril Ramaphosa acknowledged that the world is still very much in the throes of a “devastating pandemic that has thrown global markets into disarray”.

“Tough decisions have had to be made on investments, on expansion and on entry into new markets. It is therefore significant that you have all come here – both in person and virtually – to show that this is a country you believe in and want to see succeed,” said President Ramaphosa at the conference held under strict COVID-19 protocols in Sandton, Johannesburg.

This year’s conference brings the total amount of investment pledges to R773.6 billion worth of investments in the last three years. In addition, with this total amount, South Africa has now reached 64% of its total target of R1.2 trillion.

One could have been forgiven for thinking that the country would not host the conference this year, given the challenges brought on by the Coronavirus which has not only been responsible for the loss of lives but also the decline of economies around the world.

With this year’s conference having taken place in an extremely subdued economic climate, President Ramaphosa said securing investment commitments of over R100 billion is a remarkable achievement.

This shows progress the country has made since the President in 2018, embarked on a R1.2 trillion at the time, investment drive to stimulate sustainable, equitable and inclusive growth as the foundation for socio-economic transformation.

Some of the investment commitments made this year, are in sectors that have been hard-hit by the pandemic, especially the tourism and hospitality industries. These said the President, will go a long way in their recovery.

The investments are spread across various sectors along the length and breadth of the country. For example in Gauteng, Anglo African Metal committed to invest R280 million in the beneficiation of Titanium. Bradley Aviation pledged R244 million in the aeronautical sector in Gauteng.

Meanwhile, Scaw will be investing a further R250 million to upgrade their hot rolling mill and steel-making capacity in Gauteng. SA Steel Mills pledged R1.5 billion to establish a steel manufacturing plant in the province.

In addition, Supavut committed its support to the automotive components sector in the Tshwane Special Economic Zone with a pledge of R150 million while Sew Eurodrive pledged R200 million in the automation sector in Gauteng.

In the Northern Cape, Afrimat committed R300 million worth of investment in the iron ore sector.

In Limpopo, Ivanhoe mines is investing a further R730 million in the Platreef project and in the Eastern Cape, Lactalis committed to invest R100 million in a milk powder production plant.

South Africa, through the conference has reached the halfway mark in the drive to seek R1.2 trillion in investment over five years, with approximately R664 billion in investments commitments from local and international investors.

This as government is closely tracking the implementation of the 102 projects announced at the last two conferences. To date, R172 billion of the committed amount has been spent on projects.

The sector that has seen the greatest flow of investment from these commitments is mining and mineral beneficiation, with just over R63.6 billion having been spent to date.

Meanwhile the flow of investment into the ICT sector currently stands at R31 billion and the automotive sector has attracted some R23 billion.

Nineteen investment projects from the last two years have already been completed or launched.

However, with the pandemic continuing to have an impact on daily life, 21 projects – representing around 10% of total commitments – have been delayed or are on hold as a result of the Coronavirus.

A further 44 projects – representing 57% of the total investment commitment – are under construction, with another 12 projects in the early stages of implementation.

A new pharmaceutical manufacturing plant built by Aspen Pharmacare in Nelson Mandela Bay, which was one of the first investment pledges at the inaugural conference has reached a preliminary agreement with Johnson & Johnson to manufacture and package its COVID-19 candidate vaccine.

Aspen has been able to build further capability to manufacture vaccines following the investment commitment they announced at the inaugural conference.

Earlier this year, Amazon Web Services launched three new data centres in Cape Town, and Teraco is expanding on its commitment at last year’s conference to build the largest data centre in Africa.

Nissan will start production on their R3 billion production plant for the Navara bakkie in 2021.

Given uncertain times that the world finds itself under, the President told potential investors that the recently unveiled Economic Reconstruction and Recovery Plan will serve as South Africa’s roadmap going forward.

He outlined government’s plan to revive the country’s battered economy and that government is hard at work to ensure that it provides the right environment for attracting investment while also reviving the economy.

The plan’s priorities include a massive infrastructure programme; an employment stimulus to create and support jobs; immediate steps to achieve energy security, and measures to deepen local industrialisation and African integration.

The President pointed out that the private sector is vital to the achievement of these priorities.

While the pandemic has widely stymied South Africa’s economic activity, conglomerates such as Aspen Pharmacare say a silver lining can still be found on the horizon.

Two years ago, the company vowed to invest R3.4 billion – the single largest pharma investment ever in the country – for further development in the company’s steriles capabilities.

Stavros Nicolaou, Aspen senior executive, said this has proven to be a sought-after capability during the pandemic.

“The capability was original and aimed at manufacturing anaesthetic products – general, regional and topical. This is all complex to manufacture and will turn Port Elizabeth into the world’s single biggest manufacturing hub for anaesthetics.

“It is quite an achievement for the country,” Nicolaou said.

With regards to the COVID-19 vaccine candidate, Nicolaou said all is going well with the clinical trial which is a vote of confidence in South Africa’s capabilities.

Innovation has also played a role in company operations with Telkom chief executive, Sipho Maseko, saying this came to the fore during the pandemic.

“We’ve seen both the capabilities of the private sector and the State being brought together to disrupt the pandemic. For instance, from Telkom, we’ve made our experts, our data scientists, available. They worked with the Department of Health and developed a solution to track the disease,” Maseko said.

It is often said that talk is cheap and that actions speak louder than words. South Africa is not only talking but is also implementing, one shovel at a time. – SAnews.gov.za

Kinnear killing: Zane Kilian appears in court, proclaims he is 'not guilty' in message printed on shirt

How Beverly Hills, 90210 Made Luke Perry an Iconic TV Heartthrob 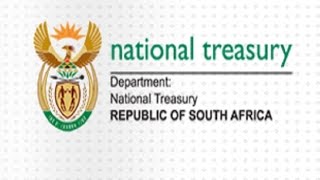 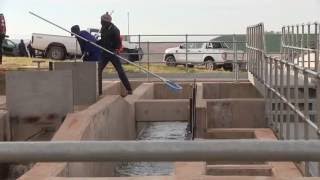 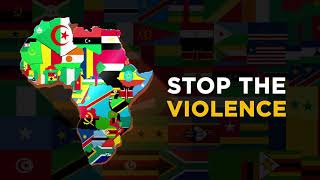 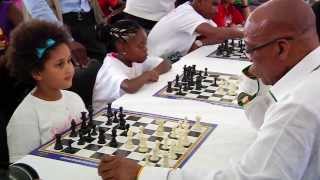