After a stint in Mauritius’ highly punitive Melrose Prison, Inside the World’s Toughest Prisons host Raphael Rowe heads to Maseru Central Prison in Lesotho in Africa, where he is overwhelmingly surrounded by sex offenders and other violent inmates.

Lesotho has a high rate of rape and sexual offenses, and about a quarter of the population has HIV. Rowe is understandably nervous about conditions, which include housing inmates up to 20 in a cell. It’s also not a modern prison, with no computerized records of its 650 prisoners.

The strip search is not as thorough as other prisons Rowe has visited (which might be good for the prisoner), and he is actually given dirty blankets. Upon entering his assigned prison section, a guard warns Rowe that he might need to fight for his life. Awkwardly, he must
share a 12X15 cell with 13 other men, which could most certainly increase the odds of conflict.

Inside the World’s Toughest Prisons: An unfunny joke

Rowe is understandably nervous, and not just due to first-day jitters. Before long, he is told that everyone there has a husband and must share a mattress. It even seems like they are going to attack him, prompting his fight or flight response.

However, it appears to somewhat of a joke to test his courage, but not many would find it very funny. To gain some respect, Raphael tells them he was wrongly imprisoned for 12 years, so he’s not entirely new to the prison environment.

The inmates are released from their cells at 6 am, and they are able to play games. Rowe meets Mpiti and BK. Like many at Maseru Central Prison, Mpiti is there for rape, with a bit of carjacking thrown into the mix as well. Though Mpiti says he has changed, Rowe seems to have his doubts and doesn’t shy away from confronting such characters about their crimes.

Though in a trying environment, even this episode of Inside the World’s Toughest Prisons has a few lighter moments. For example, it’s somehow amusing to see Rowe being taught how to properly stir peas by a fellow inmate, who seems to be unexpectedly jovial about it.
Still, the food is bland and there is no communal eating space and, because there is no hot running water, the inmates must heat the water on fires.

Soap is scarce to non-existence at Maseru Central Prison, and Rowe demonstrates that the blankets tend to have bedbugs. He and a fellow inmate “wash” some blankets by dancing on them, due to the lack of any washing machines.

Rowe then meets Raymond, who is doing a 15-year sentence for raping an underage girl, with the explanation that he was drunk at the time. Raymond does say that he deserves whatever he gets, though Rowe seems unsure if his remorse is sincere.

Raphael also meets someone who constructs hats out of popcorn containers. Though he seems approachable, he’s also in there for crimes of rape and theft. A Guard named Sepo says rape is a national problem. Inside the World’s Toughest Prisons explains that, throughout much of Lesotho’s history, women were considered to be owned by their husbands. Although 2003 had some wins for women’s rights, rape is still a major problem.

Not everyone in Maseru is a rapist, however. We meet a former Officer, Timothy, who murdered his brother and father while drunk. He may be released soon (at the time of the episode’s premiere) and seems like a skilled tailor. In other words, he might be able to translate his skills into a living, if he works hard and plays his proverbial cards right.

Another inmate, Kopano, is in Maseru for 75 years, due to a combined 3 armed robberies and 3 sexual offenses. Though it’s a bit of a taboo question, the episode explores the possibility that, due to his surrounding culture, Kopano might not have understood how wrong rape was.

Meanwhile, the aforementioned Mpiti tells Rowe that a book called Who Are You Who Is Dragging Me? by Ock Soo Park is improving his outlook on life. Possibly, in contrast, Raymond simply blames the devil for his own misdeeds.

Inside the World’s Toughest Prisons often interviews disturbing inmates (like serial killer Serhiy Tkach), and the season 4 finale has another such moment. Inmate Ntjelo and his wife killed his 4 children, and he tells Rowe that it happened because he had visions while “drinking medicine.”

The police apparently killed his wife during the arrest, and he is in remand (meaning he has yet to be convicted). While Rowe doesn’t get the full picture of what happened, it’s still disturbing enough to give a sense of how troubling life in Lesotho (and Maseru Central Prison) can be.

What are your thoughts on Inside the World’s Toughest Prisons and the Season 4 finale? Let us know in the comments! 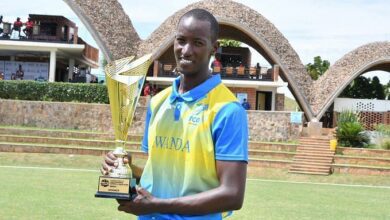 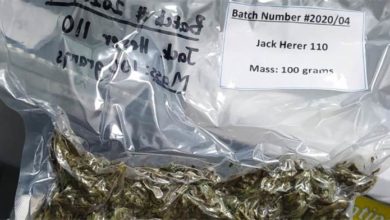 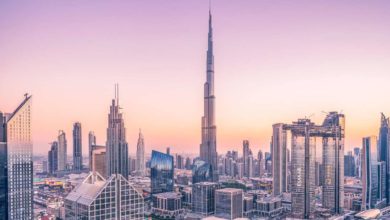