A charming Edwardian rack-and-pinion railway weaves its way from the resort centre up to the hub of the mountain trails at Bretaye, where a restaurant called 1808 (reflecting its altitude in metres) is a good spot to plan the day’s tour over a drink or bite to eat. Under Swiss transportation law, masks are still to be worn on the train, as well as the two gondolas accessing different sectors of the hiking/biking network. Hopefully the former Health Secretary, not known for his strengths on social distancing, observes these local regulations.

Where will they be dining?

Many Alpine restaurants are within easy hiking or biking distance of Bretaye for a romantic meal. They include the golf clubhouse, The Crazy Moose and Col de Soud where omelettes, roesti with cheese, ham, fried egg, or better still all three, plus their home made ice cream, are worthy of postcard mention.

But for gourmet food and romance at an enchanting lakeside setting, Mr Hancock should head for Restaurant Lac des Chavonnes, where sunbathing, swimming, kayaking, pedalos, fishing and paddle boarding are de rigueur (but beware on very hot days: you might meet cows appearing to body surf while cooling their precious udders). Proprietor-chefs, Severine and Medou, turn up the culinary heat when producing signature dishes like lobster tagliatelle, the most succulent veal chop imaginable, lake trout or the creamiest melange of local mushrooms served on toasted brioche. But for three-Michelin-star chef, Heston Blumenthal, it was the hand cut beef tartare with McDonald’s style frites that won his respect on his visit – “yes the views probably add taste to every mouthful but even so, this is the best tartare I’ve ever eaten,” he said.

Who else visits Villars?

Mr Hancock’s choice of destination comes as no surprise to locals. After all, Villars is no stranger to well-known faces – even if they do try to hide behind baseball caps. Good skier and rugby royal, Mike Tindall, is a regular. Formula 1 stars David Coulthard, Jacques Villeneuve, Paul Stewart and his dad, Sir Jackie Stewart, have all owned or still own homes in town, while keen skier Damon Hill has raced in former 24-hour ski fundraiser events. Rugby’s Brian Moore and music’s Amanda Holden, Tony Hadley, Danny Minogue and Jamiroquai have all enjoyed the charms of Villars and in the good old days, Deep Purple and Queen visited while recording at the hallowed studios of Montreux nearby, or performing at the Montreux Jazz Festival, where mega hit ‘Smoke On The Water’ was born.

Where are they staying?

Villars locals have seen and been photographed with Mr Hancock and his girlfriend, Gina Coladangelo, leaving the bar/restaurant of Villars Mountain Lodge. The couple are reportedly staying at the modern, two-star establishment which has recently been refurbed by the entrepreneurs who also own, and have spent many millions of Swiss Francs renovating, the iconic Villars Palace hotel, set to open as a luxury hotel and hotel academy for the 2021/22 ski season. 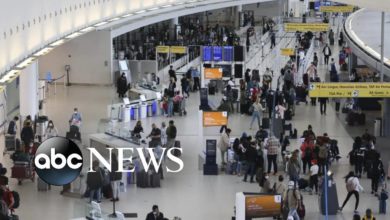