These were the words written on the monster truck that carried Earl Simmons’ crimson casket from Yonkers to Brooklyn for his memorial service at Barclays Center on Saturday night. Scores of motorcyclists and the majority Ruff Ryders, took part in the late rapper’s funeral procession to the arena. They were met by hundreds of fans, which grew to thousands as the night wore on, who converged in front of Barclays, and on adjacent sidewalks, to celebrate DMX’s life.

Motorcycles, four-wheelers, and dirt bikes zoomed down nearby streets; a handful of riders wheelies, while some rode standing up. The soundtrack was loud and raw, befitting a gravelly voiced rapper whose work confronted dark themes head-on. DMX’s songs blared from car speakers, cyclists revved their engines, and passing motorists honked in support.

Cynthia Roberts, 57, was one of the many longtime fans who came to pay their respects. “He tells it how it is,” Roberts told Vulture. “He’s a legend. You don’t expect legends to die, but they do.”

“It’s something about his soul, the music.”

“I grew up listening to him, and I can kind of relate to some of the things that I went through,” Manley Williams, 40, told Vulture near Barclays. “He’s definitely helped me, through his music, get through certain situations.”

DMX died on April 9, one week after being hospitalized for a reported drug overdose and heart attack. He was 50. Inside Barclays, the memorial celebrated his soulfulness and struggles. The ceremony, which was closed to the public due to COVID-19, started with Kanye West’s Sunday Service choir, and featured remembrances from family, including his 15 children, and friends. “Our father is a king,” one of DMX’s sons, Xavier, said. “Our father is an icon.”

“I am so honored to have a father, a father like we have,” he said. “This man deepened my ability to love.” He remembered lessons that DMX taught him, such as “always say ‘thank you,’” and “no matter where you go, a blessing is everywhere,” and “be kind to everyone. “DMX was not just a rapper, he was the best dad ever,” another son, Manny, said, sharing a rap he wrote about his father. One of his young daughters, Sonovah Junior, performed a rap she wrote in his memory, saying: “I learned so much from my father. He taught me to be strong.”

Nas, who described DMX as a “hip-hop icon,” recalled their work together on the 1998 film Belly. “His first album didn’t even come out yet, but he knew his journey was starting.”

The Ruff Ryders music collective also took the stage to share stories about their work and friendships with DMX. “I’m trying my best not to cry right now,” the rapper and Ruff Ryders member Drag-On said. “He taught me everything I know.”

“Deep in the Bronx, DMX vouched [for] me bro. Facts,” said Drag-On. “I ain’t shit without him, straight up. I don’t exist. The air I breathe is what he put in my mouth in this industry, period.”

Jadakiss said: “This is a big hit for us, the world. It hurts anytime you lose a soldier, but this one hurts different. Jadakiss said that he’d seen DMX in all phases of life, but in the past few years, “He was the happiest he ever was.”

“DMX was the ghetto-ist person that ever existed,” Styles P said warmly. “I swear to you.”

Styles P said that DMX “did nothing but celebrate us and push us” and was “the most incredible individual” because of how he landed accomplishments despite his demons. “He was in pain the whole way—the whole way, from whenever you seen him, that man was in pain,” Styles P said. “He was built out of love, and just spread it.”

Styles P also remembered a time when they were both in a county jail at the same time. “He just came to me: ‘You ready, dog? Your rhymes ready? I was like, ‘shit, yeah man, let’s go.” Styles P said that DMX “had a band set up, drummers…everything.”

Swizz Beatz’s remembrance seemed to call out people who showered DMX with praise but weren’t around at his times of need as he struggled throughout the years.  “I just wish all these people showed up for him when he was here.”

Swizz Beatz said that he’s going to make sure DMX’ family and children are taken care of.
“This is not a fashion show. This is not a performance. This is a real-life day to day,” he said. “And I love everybody that really had a love for my brother.”

Numerous hip-hop stars attended. An organizer said that in addition to Kanye West, Jay-Z, Beyoncé, Fabolos, A$AP Ferg, and Rowdy Rebel were at Barclays. Vulture spotted Bobby Shmurda and Busta Rhymes give each other a close hug and chat after the memorial.

Outside Barclays, fans described how their love for DMX made them want to be better people. Maine, of the BX131 Ruff Ryders, pointed to DMX’s charitable and family-oriented life. “He’s been a great influence in my life…just following in his footsteps with everything.”

Swagga, also of the BX131 Ruff Ryders, said he still remembers a one-on-one he had with DMX while working security at one of his concerts. “That conversation was deep,” he said, explaining that DMX’ death hit home hard. “I kind of took this to heart. I shed my tears already. Sad, put it like that.” Although tragic, Swagga said he thought that DMX would appreciate the thousands who had come together to celebrate his life.  “He’s looking at us right now, and he’s got a smile on his face.”

‘Fire Shut Up in My Bones’ Review: A Black Composer at the Met, Finally 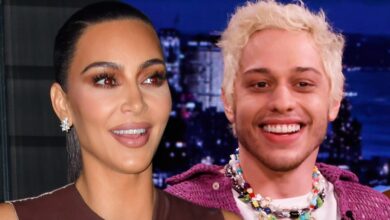 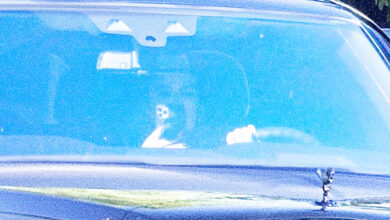