According to information presented to the Western Cape legislature on Thursday, shootings, extortion, overtraded routes and confiscating rival operators’ vehicles are the order of the day among taxi operators fighting for routes.

Some operators went as far as forcing a Laingsburg construction worker transport company to abandon its contract, so that an outside taxi association could get the customers instead.

Extortionists also boldly issue receipts for the “fees” they demand from other public transport services and even provide letters, which promise “safe passage” through certain areas, also for a fee.

He said two of his routes in Mitchells Plain were being hijacked by other associations.

People are too scared – in case there is another shooting.

His interests as a director in the MyCiTi Mitchells Plain route are also affected because that deal is being delayed by one of the taxi associations and shareholders in an integrated transport initiative.

As soon as they see a black man, whether it is somebody going to the shop, they think, ‘hey, here is a gunman coming’. The department knows what goes on; they have done nothing about it.

The City of Cape Town’s Safety MMC, JP Smith, said it was not true that the authorities had done nothing.

He said they had been patrolling, had confiscated weapons, made arrests and impounded 3 668 rogue and pirate taxis.

Searches and patrols start from 04:00 in the morning.

“The associations are playing a major, major role with these extortion rackets,” he said.

According to Smith, a recent incident involving the intimidation of an Uber driver, allegedly happened right outside the office of one of the taxi bodies.

Golden Arrow Bus Services’ general manager, Derrick Meyer, said the company could not even enter its own terminus at Nyanga at the moment.

Taxi associations recently blocked the terminus because a route between Mbekweni, in Paarl, and Bellville was suspended after there had been 86 deaths related to the taxi rivalry.

There were at least 27 incidents of intimidation of drivers in the past weeks.

“Our drivers are traumatised,” he said.

He called them “heroes” for driving the more than 1 000 buses, which have been laid on to help commuters stranded because taxis are not operating in all areas.

It is the only route that is suspended, but feeder routes in Khayelitsha, Nyanga, Gugulethu and as far afield as George are affected whenever there is violence.

The associations are in arbitration at the moment, and the legislature’s transport committee heard that about 70% of the members of the organisations are in agreement on a peace deal.

It will, however, take at least a week to finalise.

The transport department’s chief director, Yasir Ahmed, said associations are brazen in their extortion of other associations and public transport companies, to the point of keeping R5 rifles at some ranks.

They also take it on themselves to issue their permits outside of the legal processes.

He said operators stop private cars and taxis on their route, or who are not affiliated to their association, and they are forced to pay a “fine”.

The vehicles are “impounded”, even with passengers still in the vehicle, and are only released once this “fine” has been paid.

“It’s not impoundment of a vehicle, it’s hijacking. If there’s people inside, it’s kidnapping,” said Ahmed.

Ahmed continued: “They hold roadblocks, chair. And they issue notices to communities. It is about control over turf and ranks that mother bodies are vying for.”

The notices, later withdrawn, ordered Uber and other private taxis not to operate in certain areas, and scholar transport and company transport can only pass if they pay the “fee”.

Ahmed said nobody opens a criminal complaint, so they are not officially investigated.

“CATA and Codeta vehemently deny it, but receipts were issued,” he said, and showed some of the receipts.

Ahmed said most taxi operators are decent business people, but they are being held hostage by a criminal few. He agreed that the government has to step up in enforcing non-compliance measures, and investigate conflict of interest involving government officials.

How can a rank be the turf of an association, of a gang? How can that be, how is it possible, when it belongs to a municipality? Shouldn’t municipalities take responsibility to bladdy take back their – oh sorry – to take back their ranks?

He said people giving lifts are abducted and taken to Bellville taxi rank – and have to pay R3 000 to get their vehicle back.

Santaco Western Cape chairperson, Nazeen Abdurahman, said they do not have the power to arrest the people behind the violence.

He called on the police to make arrests.

He commended Mitchell for closing the B97 to stop the shootings.

“We totally denounce this action of regions in the province that is actually tarnishing the name of Santaco,” said Abdurahman.

More than 80 people have been arrested in connection with the violence, according to Western Cape police commissioner Tembisile Patekile.

The police have also established a taxi task team.

Patekile has repeatedly urged people to report intimidation or violence as soon as possible, so that police can respond.

In the meantime, arbitration continues. 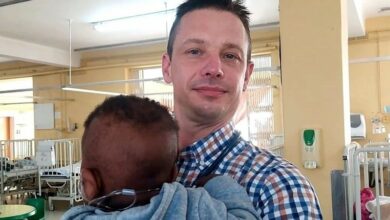 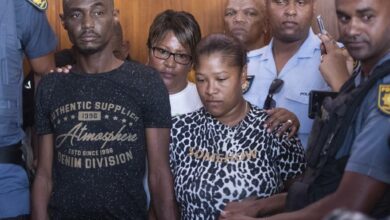 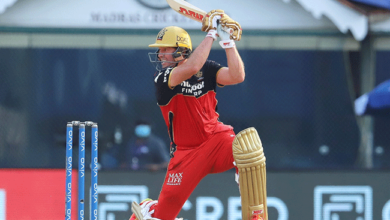