About  200 locals have already been employed at the plant while the number is expected to increase to more than 2 000 when it starts operating at full throttle.

“The economic, investment and trading relations form an important component of bilateral relationships. I am happy that more Indian businesses are looking at Zimbabwe for investment and commerce.

He said Indian investment in Zimbabwe was in the region of US$500 million in sectors which included food processing, beverages, mining, textiles and agricultural equipment.

India and Zimbabwe enjoy cordial and friendly ties and there is evidence of historical linkages in trade relationship as well as educational and political ties.

Mr Khanduja said in November 2018, India extended lines of credit worth US$500 million for the two thermal power plants at Hwange and Bulawayo as also Deka Water Pumping Station.

“India stood with Zimbabwe during the ongoing  Covid-19 pandemic by providing 1 000 tonnes of rice, medicines worth over US$1 million, ambulances and vaccines.

“There is certainly scope to further diversify and intensify trade, investment, educational and other linkages to reap the full potential of the relationship.

“Our two economies are poised to grow rapidly in the near future.”

Speaking to the media on the sidelines of the event, Seke Constituency legislator Cde Munyaradzi Kashambe said the investment dovetailed with the President Mnangagwa’s mantra that “Zimbabwe is Open for Business”.

“As a constituency, we are grateful for this massive investment which is creating employment for our people. The investment will surely ensure Vision 2030 is achieved.

“As Mashonaland East province, we have benefited a lot from these investments, which means even our GDP will improve. I am told the plant has already employed 200 local people. Most of the resources used to install this plant were sourced locally.

“The investment means we are no longer exporting our soya beans since we will be adding value here in our country through this organisation. We will be able to save the much needed foreign currency and direct it to other sectors where it will be needed the most.”

Zimbabwe to use R7.5bn portion of IMF funding to prop up its currency

Zimbabwe to launch its first satellite in 2022 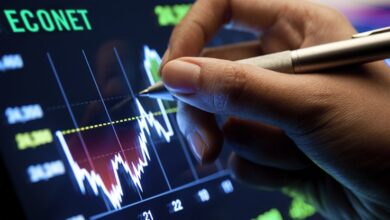