Zimbabwe proved little competition for Pakistan at home as the tourists swept the Test series 2-0 with an innings victory in the second Test in Harare. Sri Lanka go into the ODI series against Bangladesh with a brand new captain. And in India, the Covid surge continues, with a number of players players losing their near and dear ones to the virus. Here’s a wrap of this week’s events and stories.

BJ Watling to retire after England tour
Sidharth Monga says Watling will go down in history not just as New Zealand’s best keeper but also the finest of his time.

The IPL 2021 team of the tournament (so far)
The season may have been abruptly cut short, but there were a number of players who dazzled us with their performances. Sreshth Shah has the list. Aakash Chopra, similarly, picks Chetan Sakariya, Avesh Khan and Harshal Patel as the finds of the curtailed IPL and stars of future promise. And Ian Chappell remembers some other instances when cricket was cancelled or disrupted, just like the IPL this year.

Mohammad Rizwan might be Pakistan’s most important cricketer of the last two years
Osman Samiuddin on a confounder of expectations who has been the team’s T20 mainstay since late last year.

What have been the most unforgettable performances in defeats?
From Kapil Dev’s 9 for 83 to Nathan Astle’s 222, and from Imran Khan’s six-for to Fakhar Zaman’s 193, Anantha Narayanan looks at the top performances in losses in Tests and ODIs.

The greatest IPL performances
The results are in on the two most memorable performances in the IPL so far. In second place is Shane Watson’s 117 not out vs the Sunrisers Hyderabad that took the Chennai Super Kings to their maiden title. And topping the list is another title-winning performance – Yusuf Pathan’s all-round heroics in the very first IPL final.

How does AB de Villiers boss the IPL at 37, despite playing no other top-level cricket?
The greatest athletes are playing on longer in many sports and de Villiers (and James Anderson) is doing it in cricket, says Jarrod Kimber.

Who has scored the most T20 runs without ever playing in the IPL?
And is Tabish Khan’s 18-year gap between first-class and Test debuts a world record? Steven Lynch has all the answers.

‘Cricket is a game of failure’ – Stuart Meaker on coping with anxiety, divorce and lockdown
The Sussex seamer, who was once on the fast track for England, spoke to Valkerie Baynes about his mental health battles.

Dan Christian: ‘I’ll try anything – there’s nothing I won’t eat’
The Australian allrounder and T20 specialist tells Matt Roller how he misses four-day cricket – for the food.

Who was the last Indian player to open the batting and bowling in a Test?
And who was the first player to make 1000 runs and take 100 wickets in Tests? Pit your wits against our allrounders quiz.

Watch: 25 Questions with Shubhman Gill
What’s the one thing Gill could teach his India captain Virat Kohli? And if he had to pick one Shah Rukh Khan movie to watch with his KKR team-mates, which one would it be? We put the KKR and India opener on the spot.

Mahela Jayawardene: ‘Aravinda’s impact on the biggest game of his career was absolute’
In this month’s Wish I’d Done That, the former Sri Lanka captain picks a World Cup performance he’d have liked to his name.

From Zim, with Love: The Russian roulette of explosives… – Daily Maverick 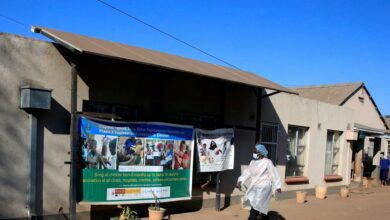