IN a way it’s a Belgium versus Croatia showdown at the National Sports Stadium today.

Hugo Broos, the Belgian coach, takes charge of his first World Cup qualifier, since taking over as South Africa coach.

His Croatian counterpart, Zdravko Logarusic, will be in charge of the Warriors and both men have been speaking to FIFA.com.

Broos (on the past, the present

“The squad underwent a complete overhaul, with a lot of young players coming in, which is why we didn’t make the Africa Cup of Nations and came last in our group in the Russia 2018 qualifiers.

“We’ve had one generation go and a new one come in. We’ve put our faith in the youngsters, who are at the start of their footballing careers. They’re not looking to the past but the future.

“Young players like to show what they can do and they want to win things. I went through a similar process with Cameroon, building a new squad that no one believed in but which went on to win the African title. That’s why I want this team to have ambition.

“We’re coming up against teams who’ve all qualified for the 2021 Africa Cup of Nations, so they’re all strong.

“I’ve had a good look at Zimbabwe and Ethiopia too and they seem to have a lot of potential. Zimbabwe are neighbours of ours, and there’s no doubt they’ll be keen to beat us. Ethiopia could be the surprise package of the group.

“Derbies are always tough, for both teams. We’re playing away, though the stands will be empty, which is good for us, as there’s a big difference between playing in front of a crowd in Harare and playing without one.

“That doesn’t mean to say that we’re going to underestimate our opponents, though. I’ve seen Zimbabwe’s games in the Africa Cup of Nations qualifiers, against Algeria, for example. They’re a strong side and it’s not going to be easy, but we’ll just try to focus on what we can do.

“We wouldn’t be athletes if we didn’t have the aim of reaching the World Cup.’’

Loga (on the Dream Team, his

“It was a long time ago (when Zimbabwe came close to qualifying for the ’94 World Cup) but people don’t forget it. But, what happened all those years ago doesn’t impact on today because football has changed and we’ve got new qualifying formats now.

“We respect all our opponents, but we’ll do all we can and more to reach the final round.

There’s very little between the teams and there’s no clear favourite. If you look at their records, Ghana and South Africa are the teams to beat, but that doesn’t mean anything out on the pitch because anyone can win.

“I think Zimbabwe have just as much chance as the others because we’re all evenly matched. Anything can happen in 90 minutes.

“Their record in the competition (South Africa) suggests they’re the favourites (today) but the reality on the pitch is entirely different. It’s up for grabs and either side can win. That’s what we’ll be fighting to do.

“It’s wonderful for any coach to take part in the World Cup. I’ll be making all my experience and my footballing knowledge available to the country so we can achieve something amazing. Why can’t we go to the World Cup? If you don’t dream, you lose. The Zimbabwean people have a dream and I want to make it happen.’’ — Sports Reporter/FIFA.com 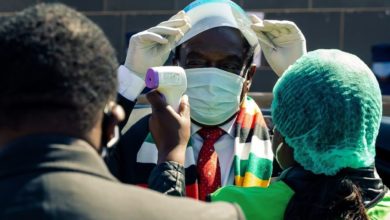