The general feeling among most SCOPA members was one of condolence.

The management of South African Airways (SAA) and the state-owned airline’s business rescue practitioners were blasted by some members of Parliament for not being ready to report to the Standing Committee on Public Accounts (Scopa) on Tuesday about progress made to date.

In a letter dated 15 March, the joint rescue practitioners Siviwe Dongwana and Leslie Matuson informed Scopa’s chairperson, Mkhuleko Hlengwa (IFP), that they only received notice of the Scopa briefing in an email from the Department of Public Enterprises (DPE), which is SAA’s shareholder, on 10 March.

Furthermore, it appeared that no one from SAA itself had joined the briefing. A delegation of the DPE did join the briefing, including Public Enterprises Minister Pravin Gordhan.

The general feeling among Scopa members was one of understanding for the bereavement and members agreed to find a new date. That said, Parliament is going into recess on Friday, so the briefing would have to be scheduled as soon as possible.

Hlengwa was having none of it.

“I am just fed up [with SAA]. I pointed out to the rescue practitioners on Monday that there are [only] two of them. I do not want a precedent to be set. Our correspondence was sent to SAA on 3 March already. The job of Scopa is not easy. We are just trying to do our jobs. So, these late requests for postponement when correspondence has been sent timeously, are beginning to become a norm – as with an Eskom briefing a few weeks ago – which will not be acceptable moving forward,” said Hlengwa.

“The cooperation of the rescue practitioners with us, generally, has not been on a level which is satisfactory. They have to change their attitude about how they interact with Parliament. It is going to make our working relationship very difficult. It is about matters relating to the public purse and the authority of the committee must be asserted.”

Scopa member Alf Lees (DA) said during the meeting that it is important to hold someone accountable for malfeasance or incompetence at SAA.

“Parliament paid out monies to SAA that are desperately needed for other purposes and yet we have no real comfort about the future of SAA. We repeatedly hear about a strategic equity partner, but this just goes on month after month. This is not a petty cash matter. These are major monies of the state being spent on an entity many of us believe it should not be spent on. Yet, we are not getting the accountability from the DPE nor SAA nor the rescue practitioners themselves about a rescue of SAA which does not appear to be happening,” said Lees.

Committee member Bheki Hadebe (ANC) said Scopa is interested in an update on progress made with the rescue process, especially since the rescue plan had been adopted “a long time ago”.

“We all want to exercise effective oversight. We all want to [ensure] accountability, especially regarding the public purse. Yes, we want to do our work and hold those in positions of authority to account, but circumstances dictate that we understand [the reason why the practitioners could not present] circumstances,” he said.

SAA went into business rescue on 5 December 2019 and its rescue plan was voted on and approved by creditors in July 2020. The plan requires R10.3 billion to be implemented, of which the DPE has paid over R7.8 billion so far. Employees stopped getting salaries from May last year when the airline was effectively “mothballed”. Since the lockdown started at the end of March 2020, only some repatriation and cargo flights have been undertaken.

Over the years, government bailouts of SAA were mainly in the form of debt from commercial banks provided to the airline on the back of government guarantees. This resulted in the company’s long-term debt ballooning from about R2 billion in 2011 to about R12 billion in 2019. By 2019, financing costs had risen to R1.3 billion a year, meaning much-needed cash required for working capital had to be directed to debt repayments.

BMW i4 Teased Ahead Of Official Debut Tomorrow 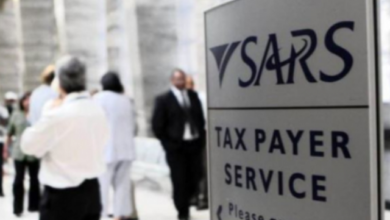 Here’s how much the average taxpayer earns in Joburg, Cape Town and Durban 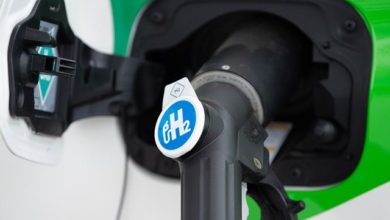