Ministers have announced that fully vaccinated travellers living in the EU and the US will no longer have to quarantine for 10 days upon arrival in England from an amber country.

Under the new rules, which take effect from 4am on Monday, such travellers will still need to test negative before departure and within two days of arrival, but will not have to take a test on day eight. Three Guardian readers explain how the easing of travel restrictions affects their plans.

Jakki Lewis Evans, 43, a PR director originally from north London, moved to Arizona in 2017 and is looking forward to travelling to the UK for the first time in almost two years in early September.

“The new rules, without quarantine, alleviate some of the pressure and reduce the costs. I understand that we want to limit the spread, and I’m OK with still having to take some tests instead of the five I would have had to take in eight days, including the optional test to release on day five, and the one to get back on a plane to the US, which was ridiculous and came at a cost of more than £500.

“I’m excited to see my elderly parents, my brother and niece and all my friends. I got married in San Diego last year and none of my friends were able to fly – my parents and brother were only able to because they are dual citizens like myself.”

Jakki had to reschedule her journey once before from May to October. “In that time both my uncle and cousin died and I was unable to fly back. I even wrote to [the transport minister] Grant Shapps.

“The stress and panic of whether I’d be able to return, thinking I’m going to be constantly hunted by contact tracers, calling, texting and turning up at my door, combined with mixed messaging about testing – when and how – has been mentally and emotionally draining. It’s a huge relief that some of this will fall away now.”

Nicki Winton, 63, from Brighton, is equally delighted about the changes in travel rules, although they come slightly too late for her.

“I have been in Greece during the pandemic, where I have a house. I was due to go back to the UK yesterday, but decided to cancel the trip because of the UK government’s absurd policy of not allowing fully vaccinated EU residents into the country without quarantining and paying hundreds of pounds in PCR tests.

“I had planned to go on a camping holiday in Cornwall with my daughter, but I looked into the costs of it all, and as a pensioner I could not afford nearly £400 in tests – more than the cost of my flight.”

Winton also wrote to her MP, who wrote to Shapps on her behalf, with no joy.

“I wanted to ask why I was being discriminated against, as the rules seemed not to have a virus-based reason.

“I will attempt to plan a new trip soon, although with talk about Greece being put back on the amber plus list, planning is very difficult.”

Relief is yet to come for Neil, 41, a Briton living in Vienna, Austria, who is due to fly to Northern Ireland next week with his wife and four children to visit his parents. Although infection rates in Austria are extremely low, the family will have to quarantine for 10 days upon arrival.

“I am kind of hoping that Northern Ireland will make similar rule changes soon; the devolved administrations are often a week or two behind in such decisions.

“My wife and I have both been fully vaxxed since May. Here in Vienna we undertake PCR testing every two days, which is free, and wear FFP2 masks everywhere – a legal requirement until recently.

“I haven’t seen my parents for two years, because I had had post-cancer surgery and the restrictions. My parents are in their 70s and there is simply always risk that it’s the last visit.

“The current requirements are that, despite full, recognised vaccines – I had Pfizer and my wife had AstraZeneca – and pre-flight PCRs, we have to take PCRs on days two and eight in addition to self-isolating for 10 days.

“The tests will cost £150 per person, times five. The youngest child is exempt. Someone is making a decent profit.”

Newspages.co.za | Here are your Lotto and Lotto Plus results

Did you miss the National Day of Motoring? 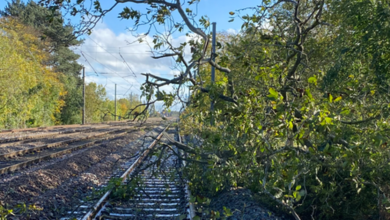 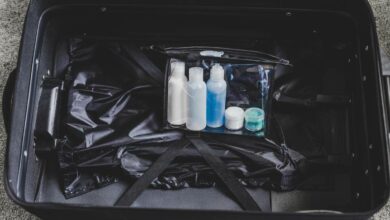 Night train from Amsterdam to launch in May 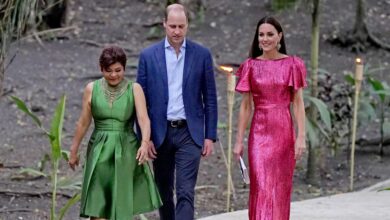