That said, the most significant changes – the ones you’ll notice almost as soon as you arrive – concern social intercourse. Greetings-wise, the universal handshaking and kissing – which could ensure that entry into an event lasted longer than the event itself – have diminished dramatically. The inherent uncertainty – do I shake hands or kiss? How many times? Starting on which cheek? – has though been replaced by another: do I bump fists or elbows or just say “Hi” without closing in for contact, British-style? The time-consuming and potential for embarrassment – when, for instance, you kiss a woman who truly does not want to be kissed – is, though, significantly reduced. This is a good thing and, according to some opinion polls, non-kissing will remain the norm even after Covid has been mastered. I wouldn’t bet the farm on it.

The social impact then goes a little further, something else you’ll be hard-pressed not to notice. As a friend of mine said, there’s a “species of social fragmentation” between those sufficiently concerned to be vaccinated and wary – and, at the other extreme, those who reckon the pandemic is, for instance, a conspiracy to implant tiny things in people’s brains (otherwise, why need the PCR swab be so long?) and so render the populace compliant. Along with their ex-gilets jaunes chums, these are the ones on the demos – which, as mentioned, are easily avoidable.

Associated conversations are less so, with everyone – wherever their position on the Covid opinion spectrum – chucking the word “liberté” about as though it belonged to them, thus cancelling one another out. The point is that, in France as perhaps in Britain, these conversations have become as predictable and as boring as hell. I don’t want to hear another word from the epidemic of epidemiologists. I’ve had my fill of speculation on the fifth (sixth? seventh?) wave, vaccination rates and the mental stress (or not) of WFH. I especially don’t want to hear any more about how lockdown has exacerbated or cured people’s drinking habits.

Please don’t misunderstand. I know these are vital matters but, were I going on holiday, I’d really like a break from them. You too, maybe. So, if coming to France, you might prefer to focus on seafood, wine, the beach or mountains, the 2024 Paris Olympics, the melting of glaciers, Omar Sy, anyone of several hundred cheeses – or anything else, bar Covid. You’ll find people absolutely prepared to join you in such chats. And, in the unlikely event that you are approached by swivel-eyed types brandishing banners, dodge into a nearby bar or restaurant. The great thing about the pass sanitaire is that they will not be able to follow you in.

For more information on travel and holidays to and France, see our advice and guide.

Screenwriter Forced to Tell Anti-Vaxxers 'I Am Legend' is Fake

Gauteng, brace yourself for elevated pollution this week 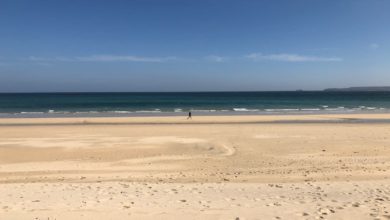