Just 45 minutes after he heard the news that Iceland was opening to Americans, Andy Luten had a ticket booked on one of the next flights to Reykjavik.

Iceland became one of the first European countries to open to US tourists when on March 18 it began allowing vaccinated travelers to enter the country. The rules, at first, were murky and many weren’t sure if the paper Centers for Disease Control and Prevention vaccination card given to Americans would be accepted as proof of vaccination to enter Iceland under the new rules.

But Luten took a microscope to the rules and was confident enough in its wording to book his last-minute ticket. The pandemic had largely grounded Luten, a client management director in the financial services industry and founder of Andy’s Travel Blog, who had been known for his sporadic trips to distant locales on short notice.

“I’m the guy who, once, I was making plans with some friends for a Friday night in like 2016 or something and well, the plans changed so, I’m going to Hong Kong,” Luten told Insider.

“I love Croatia but for some reason, Iceland just felt right,” Luten said, noting his feel test had deterred him from booking international trips during the pandemic.

The first stop on Luten’s Icelandic adventure was Boston, where Icelandair has consolidated its US operations with two flights per week. All three major US international airlines and Icelandair had offered non-stop flights to Iceland from cities across the US before the pandemic, including Luten’s hometown of Dallas, but those had been scrapped once the borders closed.

Checking in at Boston Logan International Airport was the first hurdle Luten had to clear. “I went to Logan and checked in with the [Icelandair agent] and when he was like ‘what’s your documentation getting you to Iceland,’ I just held up the CDC card,” Luten said.

It was the first time the agent had seen an American traveling with just the paper card. Icelandair couldn’t give Luten a definitive answer on whether the country would accept the card, with the agent simply stating, “as far as I know, it’s going to work.”

The first hurdle complete, Luten boarded the Boeing 767-300ER bound for the Land of Fire Ice and settled in for the quick five-hour journey to Europe, the first transatlantic journey he’d taken in over a year. Even if he didn’t get into Iceland, Luten explained, he’d at least have a story to tell about how he got kicked out of the country.

Luten’s flight mate happened to be a former Icelandair executive that was similarly traveling with a CDC vaccination card. “You’ll be fine,” he told Luten.

Read More: Airline workers have lower rates of COVID-19 than the general population — and airline CEOs say it’s proof that flying is safe

Landing at Keflavik International Airport, 30 miles from Reykjavik, was pretty routine, according to Luten, who had been to Iceland twice prior. Despite being a major transatlantic transit hub between North America and Europe, the airport is quite easy to navigate even for a first-time visitor.

Following the lead of his Icelandic speaking flight mate, Luten was guided to the line for vaccinated travelers and the only thing standing between him and Iceland was a border officer. Luten approached the desk and handed over his passport, vaccination card, and the barcode from a pre-registration that’s now required to enter Iceland.

Within minutes, Luten was granted access to the country, and going through passport control was easier than he could’ve expected with no vaccine passport required.

“It was the most nonchalant thing ever,” Luten said, “nobody asked me a single thing about anything.”

Once he was in the country, Luten didn’t have to submit to any additional testing or quarantine. The vaccination certificate was his golden ticket to explore Iceland.

Luten soon discovered that he had visited at the perfect time as a volcano erupted on the island shortly after his arrival. All the natural attractions that were once plagued by tourists were also empty, allowing Luten to chase Icelandic waterfalls at his leisure.

“From a tourism standpoint, there has never been a better time to go to Iceland than right now,” Luten said. 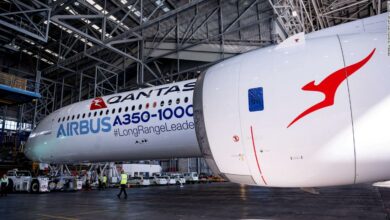 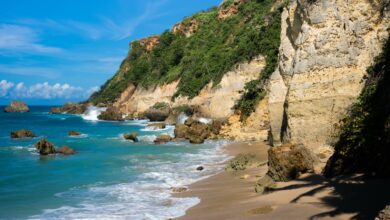 Winter getaways to Puerto Rico, US Virgin Islands from $199 round-trip 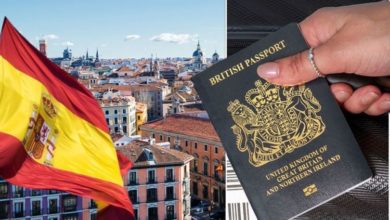 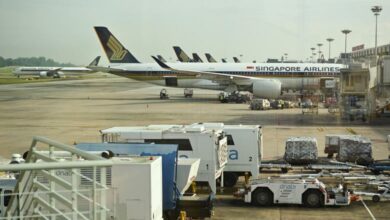