Lucas Phasha has appeared in court for allegedly murdering his and Sylvia Monyela’s four children.

Former attorney Lucas Phasha – on trial for the killing of his four young children – told the Polokwane High Court in Limpopo he was framed by his half-brother and others because of factional battles in his village.

He told Judge Gerrit Muller his half-brother, Nelson Phasha, was leading a faction against the local traditional authority over mining development and chieftainship.

Lucas said he was of royalty, hence there was bad blood with his half-brother and others.

He told the court he believed a local businessman might be behind the murders because of a row over a business transaction.

Three of the children were hacked with an axe, while the youngest one’s head was crushed with a huge stone. Their bodies were found at two different locations the following day.

On Thursday, Lucas maintained Nelson and the businessman were behind the conspiracy to send him to prison.

“Nelson plotted revenge against me. Even Sylvia [Phasha’s wife] warned me against him that he wanted me to go to prison.

“She said he [Nelson] would make it look like I have killed my wife and children.”

Lucas labelled as false the evidence by his neighbour, Alfred Mabitlela, and nephew Raymond Phasha that he had admitted to the killings.

He claimed Mabitlela was part of a faction led by Nelson. Lucas Phasha and his children.

Prosecutor Mashudu Mudau asked what tangible evidence he had that Nelson and the businessman were behind the killings. He replied it was on his phone taken by the police.

“I was living in fear for Nelson. Can I have access to my phone? Give me my phone,” he said.

Lucas added he only suspected the businessman was behind the killings.

He later broke down in the stand when asked about the day of the murders.

Lucas said he had arranged with a minibus driver, known as Success, to drop his children at his homestead on 17 February 2020.

He bought them food and later went to Atok, 40km from the village, to consult with a prophet on “what was going on with my life.”

Lucas then went to Lebowakgomo to his girlfriend, Morwesi Mphahlele.

He heard the following day from his mother that his children were killed and the police were looking for him.

Lucas said he left Lebowakgomo on his way to Polokwane via Zebediela to start work with an advocate Mokwena.

That was when he spoke to his nephew to come and fetch him.

His nephew earlier testified Lucas had emerged from the bush wearing an overall, and during their conversation, he confessed to the killing.

But under cross-examination, he said he did not sleep at his girlfriend’s place but decided to attend church because “I saw Jesus.”

“On that day, I felt something terrible might have happened. I saw Jesus,” he said.

The trial continues on Friday. 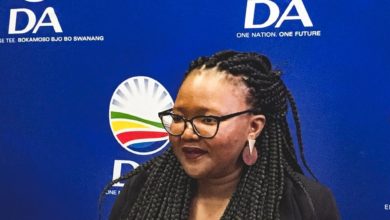 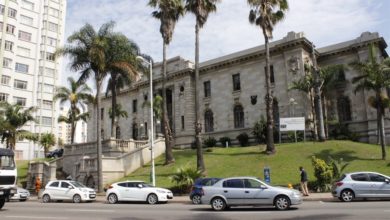