It started next to a caravan at the back of a church. We were going to Morocco – but only if the kids first had negative PCR tests. From a distance, it’s a formality, like checking in online and carefully confirming that you haven’t got a Swiss army knife in your hand luggage. Only when the date loomed up close did the reality kick in that they might actually have Covid and it would be wiser not to get too excited until we had the results.

By then, of course, it was too late. I was already too excited and all that anticipation segued effortlessly into nail-biting dread. My son was also biting his nails, which my daughter hates, but nothing drives her more bananas than when we both do it at the same time. It’s not the biting, apparently, but the melodramatic terror in our eyes. He wasn’t even worrying about the test, he was worried that the testing lady hadn’t got his passport number right and that he would get turned back on a technicality. “She asked me to check it against my passport and I said I had, but I’d only skimmed it.”

“I was being polite. She looked bored.”

He is an infernal idiot, but he does have lovely manners.

When the negative results arrived, I realised something about the business model: the gratitude penalty is priced in. The working assumption is that you will be so pleased to be going, you won’t ever think, let alone mention, what an absolute racket it all is.

Six days later, however, I realised how completely I hadn’t thought this through: we were now in a faraway and beautiful land, and all needed negative results to get home, but the youngest’s had come back from the test centre. It wasn’t inconclusive but rather, “these results will be visible upon receipt of another €100”.

Nothing about that made sense: it was twice the cost of the original test, which we had already paid, but the counting part of my brain had long since ceded to histrionic catastrophising. We wouldn’t be allowed home if she tested positive, that much was clear. But what would happen to us abroad? Would there be government-approved accommodation? How much like a prison would it feel? What if she had it and I caught it from her in quarantine, and then we had to quarantine again, and we had to live for ever in corona exile? It was just another racket, of course, and everyone was negative. The surge of gratitude was so strong it took on an almost masochistic flavour: please, someone, charge us even more money, so that we can be double-plus negative, our downloaded certificates embossed with virtual gold leaf.

Low headline figures that inexorably land on prices five times higher, peculiar details buried in the small print to indicate that your day two test might not arrive until you have already been home a week. It looks like a loan shark fit-up, to the extent that I became convinced that it wasn’t genuine. Who could be more likely to have their click-throughs hacked than this government?

The people behind us in the airport queue had all their locator forms printed out and stored in matching envelopes, like pros. The vibe was like the last train out of a dicey principality in war-torn Europe. What’s that documentation? Why doesn’t mine look like that? What have they heard that I haven’t?

It is probably treasonous to point this out, but what the hell – once you land, they never check any of these forms. The whole system is kept aloft on the thermals of your own anxiety and untold amounts of cash.

Morocco, though, is absolutely lovely, and we repaid her loveliness by importing an infestation of nits. It’s fine, though – I think we brought most of them back.

One expert's take on the data

The cruise-ship industry seeks to refloat 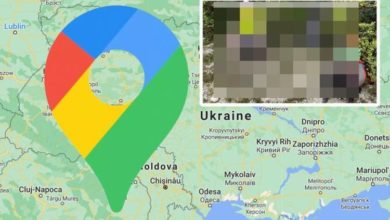