WITH a grandfather who was raised in King Mzilikazi court and maternal links to the great Munhumutapa State, President Mnangagwa was from an early age poised for greater heights.

On the day that his historic biography was launched, President Mnangagwa gave an insight into his life which started with his grandfather firing three shots in the air when he was born in 1942.

The book touches on his early political life, the trials, tribulations and also the highs and lows he has faced.

The book: “A Life of Sacrifice-A Biography of Emmerson Mnangagwa” was launched at State House on Thursday and the President took the opportunity to give a rare insight into his life.

The President began by explaining the awkward situation he found himself in, of having to narrate his own life having been used to listening to others explaining and describing him and his personality.

Born to Mafidhi and Mhurai Mnangagwa, the President told guests that he had royal blood in his veins.

“My maternal side links me to the Rozvi Dynasty whose history is associated with the Mutapa State, the Great Zimbabwe Monuments and the Civilisation which underpinned it.  My late father Mafidhi was son of Kushanduka, himself one of the grandsons of Chief Mapanzure. Chief Mapanzure was the son of Chief Chivi of the Shumba Murambwi Totem. To consolidate his footprint over territory, Chief Chivi created another chieftaincy under his son Mapanzure, which subsists to this present-day Zvishavane,” he said.

He added that his grandfather Kushanduka was raised in the court of King Mzilikazi, under the culture of the Ndebele State and this arrangement solidified the excellent relations between Chief Chivi and the Ndebele King.

President Mnangagwa said his grandfather, who had been renamed Mubengo is taught the art of war and rises to deputise Mtshane Khumalo, the great general who annihilates the Allan Wilson company at Pupu.

The grandfather would later re-join his family in Mapanzure and by the time the President is born he is already very old and named him Hlupeko. “My parents found the name complex to pronounce and settled for its Shona equivalent, that is how I become Dambudzo,” he said.

The President also said at his birth, his grandfather Mubengo fired three shots into the air from his old gun something he said was significant to the path he would follow in his adult life.

“That meant I smelled gunpowder at birth. By the time I am old enough to herd small livestock, Sekuru Mubengo, would occasionally find time to play war-games with his grandson, Hlupeko.

“He would challenge me to strike his head with umqhwayi. I never got him each time he indulged me with his war skills. The end was always tearful: he would strike me where it hurts most with his umqhwayi. Looking back, I now fully understood why the game always ended in pain and punishment. That way, a soldier in the making got hardened,” President Mnangagwa said.

The President also dedicated the launch of the book to the First Lady Amai Auxillia Mnangagwa, whom he said had vowed to stand by him for better or worse.

“Today’s occasion is thus for us together; to endure the unfolding moments the occasion will create. I am a father, a grandfather, a brother, an uncle, a comrade and indeed many other names to different people.

“For that, I thank Almighty God for the opportunity and plentiful grace to be as diverse of an individual, and to share my life with so many,” he said.

Narrating his political life, President Mnangagwa said his capture, torture and racist trial following the blowing up of a Rhodesian locomotive in 1964, was one of the worst experiences he has had in his life.

His death sentence was commuted to a 10- year prison term on the account of his age.

“It is an experience I never wished for myself and for anyone. The unhappy experience engrained in me to oppose capital punishment,” he said.

President Mnangagwa said the society he grew up in, characterised by the white settler colonial brutal rule emboldened him and his peers to fight for the country’s independence.

He said the various defeats and setbacks never diminished their deep and inalienable claim to Zimbabwe.

He said the freedom being enjoyed in the country today should be cherished.

“We have no intention what-so-ever of letting go of our hard-won independence.

“Zimbabwe shall remain a free, sovereign African country. We shall never betray this national ethos,” the President said. 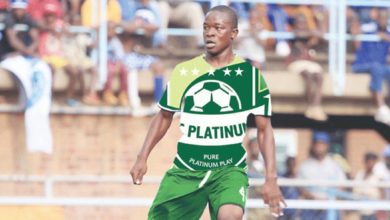