Before he succumbed to Covid-19 last week, Aisha Jackson got to share one last dance with her life partner, businessman Moyikwa Sisulu.

Moyikwa, 41, was the grandson of struggle stalwarts Walter and Albertina Sisulu,

On Friday, the Sisulu family held a private funeral for the father of three who died weeks after welcoming a son.

“I asked Naya, our 21-month-old yesterday, who is looking after you because she came running into our room, and she responded: ‘Moyi’. She still calls for him every day.

“She loves her father so much, just like Litha, and it kills me that Melokuhle only had two weeks with him. I feel like a part of me died on Saturday, and it did. What many of you don’t know is Moyi is my angel. He saved my life.”

Moyikwa and Jackson were admitted to the hospital after their health took a turn for the worse on their 11th day of isolation.

In true Moyi style, he was joking the entire ride to the hospital, like we both weren’t sick. The doctors later told me that if we both hadn’t come, we both would have died the next day. Moyi saved my life. He sacrificed himself for me and our family that was him. They separated us in the hospital, but I visited him every day.

“For four weeks, we had beautiful conversations that lifted his spirit and mind. The day before he passed, we had our last dance to For You by Kenny Lattimore. It was so special and something I will treasure forever as well as being by his side as he transitioned Saturday morning.

“Moyi was a fighter, he was a fighter for his family, his friends, his community, South Africa and generally anyone in need, and he fought until the end,” she added.

Moyikwa, the eldest son of the late anti-apartheid activist and businessman Zwelakhe Sisulu and Zodwa Sisulu, was known for being an astute businessman with interests in mining, media, property, and other commercial endeavours. 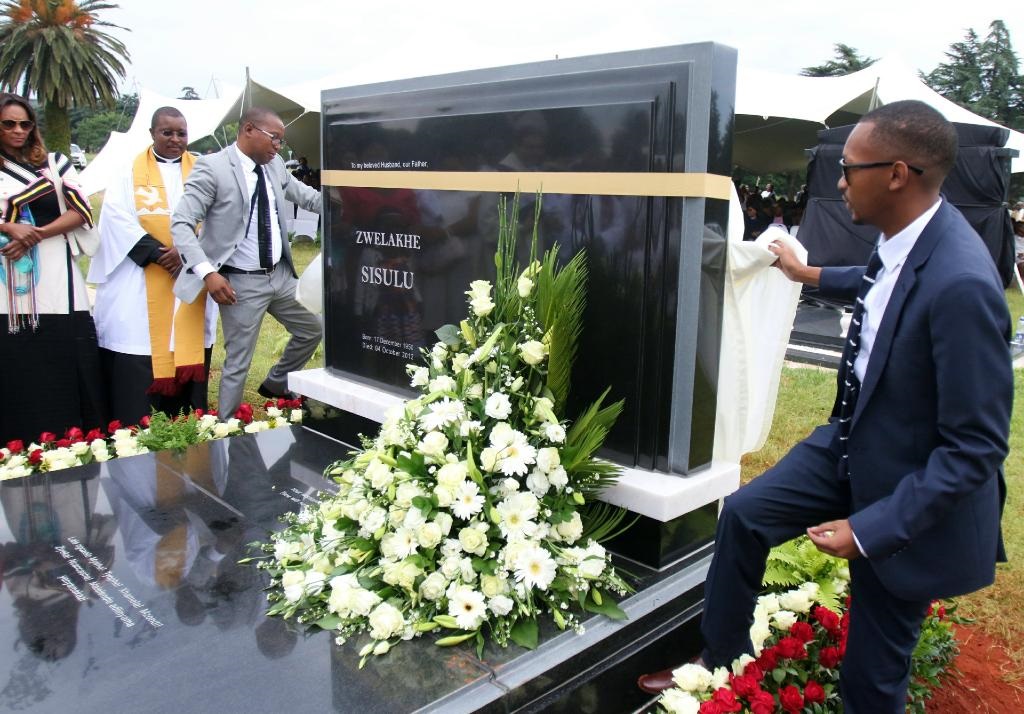 Moyikwa and Ziyaka Sisulu during the tombstone unveiling of their father Zwelakhe Sisulu on 22 February 2015 at the Westpark Cemetery in Johannesburg.

His uncle, Max Sisulu, said the pain of having to bury him was indescribable.

“When I spoke at the funeral of my brother, Zwelakhe, in 2012, I complained that he did not follow protocol. It was not right for him, the younger one, to leave this world before his two older brothers, Mlungisi and myself.

Max, in a letter read out by his wife, said:

Never in a million years would I have dreamed that I would have to stand up to speak at the funeral of his son, Moyikwa. This defies that natural order of things. I would have expected Moyikwa to bury me and yet here I am today in this moment of total heartbreak and devastation. The pain is indescribable.

He said his nephew always played a central role in organising family events.

“When we buried our son, Mlungisi, in 2008, Moyikwa was at our gates to collect us early on the morning of the funeral. That is something we will never forget.

“In the difficult years after the passing of both my brothers, Moyikwa would pitch up unannounced to spend time with me. He would come in like a breath of fresh air or a warm ray of sunshine on a wintery day. I looked forward to those visits, and I am struggling to come to terms with the fact that I will never enjoy the pleasure of them again,” Max added.

Moyikwa’s eldest child, Lilitha Ntile, said her dad was much more than the meaning of his name.

“My dad was a multifaceted diamond. He was rare and unique. He had many admirable qualities that I can only hope to grow into. His full name Moyikwa, which means that feared one, couldn’t be further from the truth.

“He was a very nurturing and welcoming soul and frankly the opposite of intimidating. He was very mischievous and had a cheeky giggle. I always believed that he never let his inner child grow up and that was part of the reason we were so close. He loved to make jokes and to laugh and to make others laugh,” she added.

The family has set up an email address, farewellmoyikwa@sisulu.co.za, for those who wish to send tributes. It will remain active until 28 September.

Voice And Dialect Coach And Wife Of Richard E. Grant Was – Deadline 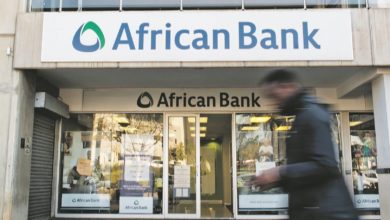 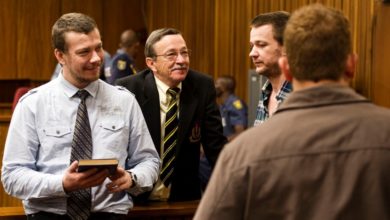 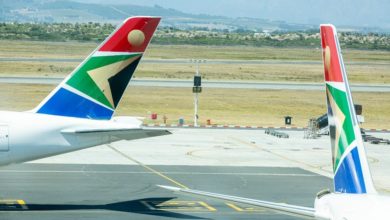