Australian-spec Staria could provide a better indication of what to expect from the South African model.

Having already been detailed in South Korean-spec, several Australian outlets have divulged details of the all-new Hyundai Staria that could potentially align closer to what buyers can expect from the South African model.

While still to be confirmed for the local market, the Down Under Staria is poised to debut near the end of this year with a choice of two, three, seven or nine seats with the eleven-seat model remaining a Korean market specific derivative. In the case of the panel van, total cargo capacity is rated at 5 000-litres with the ability to transport three Euro pallets. The people carrying Staria meanwhile will have a choice of two trim levels; base and Premium with the latter coming as standard with seven seats or optionally with nine.

The upscale Premium, which will take on the Volkswagen T6.1 Caravelle and Toyota Quantum VX, known as the Granvia Down Under, comes with additional spec in the form of a 64 colour ambient lighting system, so-called Relaxation Seating in the second row made up of two reclining and swivel captain’s style chairs, and a premium Bose sound system. With drive now going to the front wheels instead of the rear, the former is linked to the Palisade style push-button operated eight-speed automatic gearbox, which can be specified as an option on the oil-burner, the standard ‘box being a six-speed manual.

Until an announcement is made, which could be within the next few weeks and months, the Staria remains forbidden fruit for South Africa but when confirmed, expect only the diesel model to arrive on local shores in panel van and passenger guise with exact specification to be revealed then.

Munich motor show 2021 live: all the new cars and updates 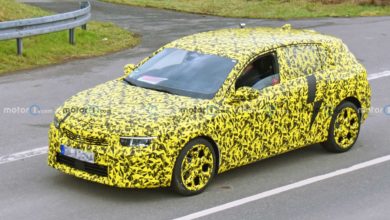