Ever since Hyundai unveiled the Ioniq 5 a couple of weeks ago, some people have been wondering about how big it really is because its design and shape make it look like a hatchback. It’s officially a midsize SUV according to the South Korean brand, and this extended video of a pre-production prototype dissects the brand’s first dedicated EV.

We can getter a better understanding of its dimensions by comparing it to the Veloster N hot hatchback parked right next to it. As a refresher, the Ioniq 5 is 4,635 millimeters (182.5 inches) long, and it’s likely because of those short overhangs and low roofline (for an SUV) many we’ll be tempted to believe it’s a relatively small car.

While the car featured here has conventional mirrors, it’s a known fact Hyundai will offer optional side cameras where the legislation will allow it. That should make the Ioniq 5 look even more like the Concept 45 from which it has largely retained the avant-garde exterior design. It rides on the same 20-inch wheels with an intricate design and aero-optimized to improve efficiency.

This prototype had one neat feature Hyundai is offering at an additional cost. We’re talking about the solar roof that harvests the sun’s energy to feed the battery pack directly for extra range (on a sunny day). What we didn’t notice in the official images and videos were the openings in the roof-mounted spoiler, which also contains a somewhat unconventional third brake light with the LED bar split in the middle.

Dare we say the Ioniq 5 looks almost nothing like any Hyundai models before it, and those pixel-like lights we saw on the concept are just as cool on the road-going model. We could do away with the shiny chrome accents and maybe the company should revise its logo to keep up with the times. After all, sister brand Kia has tweaked its badge to signal the massive progress it has made in the last couple of decades.

The Ioniq 5 has one of the smallest front fenders we’ve ever seen after installing a huge hood as wide as the car itself. Another aspect worth taking into consideration is the generous size of the wheelbase, stretching at 3,000 millimeters (118.1 inches) to maximize the amount of space available inside where there’s a flat-floor layout.

As a final note, the Ioniq 5 is the first member of Hyundai’s dedicated sub-brand for EVs and will be followed next year by the Ioniq 6. It will be a production version of the promising Prophecy concept and there are plans for a larger SUV – dubbed Ioniq 7 – coming in 2024. 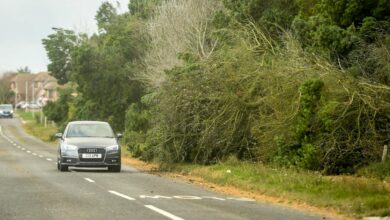 Older drivers should not be prosecuted for poor motoring including running red lights, say experts 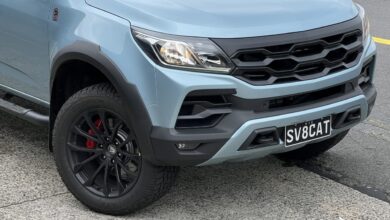 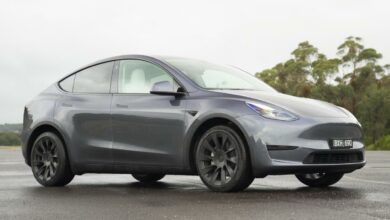 LETTER | ‘Wake up, Ford SA!’ – reader calls on Blue Oval brand to not only rely on Ranger