A new tier to England’s traffic light system of international travel rules is being considered by ministers.

What is the potential addition?

Though the system is meant to be based on a simple three-colour traffic light – red, amber and green – it has slowly become more complicated. First to be added was the “green watchlist”, then came the “amber plus list”; now we might see an “amber watchlist”.

This is the subject of intense discussion across government, with talks that should be playing out around the cabinet table behind closed doors instead raging in public, leaving people more confused about what rules they might have to follow.

Essentially, the amber watchlist would differentiate the countries whose position on the amber or amber plus list is secure from those where case or variant rates are putting it at risk of being downgraded to red.

Proponents of the idea argue it will give people planning a trip abroad this summer more certainty, by making clear which countries might be moved from amber to red.

So what would be the difference between the amber plus list and the amber watchlist?

It might not seem obvious, but there is a significant distinction.

People coming from countries on the amber plus list have to quarantine regardless of whether they are fully vaccinated.

But the rules for anyone travelling from an amber watchlist country would remain the same as they are for normal amber list arrivals.

So what are the current traffic light rules?

There are some rules that apply to everyone, regardless of which country they have come from: test negative for Covid before departure, again on day two, and complete a passenger locator form.

When will we get some clarity?

This week. The lists are reviewed every three weeks, with the latest data fed in on cases, vaccinations and variant rates in countries and territories across the world and ministers making decisions based on advice from the Joint Biosecurity Centre.

The announcement will come on Wednesday or Thursday and should take effect from the following Monday, 9 August.

Given that travel restrictions are a devolved matter, ministers in Westminster will only be making decisions affecting England’s border, though the administrations in Wales, Scotland and Northern Ireland usually follow suit. (Some do so later than others, and not always because they agree but because they think it is too difficult to operate a different set of rules within the UK.)

What has been the reaction to the proposal so far?

The aviation and tourism industries have criticised what some say is becoming more like a rainbow-coloured system rather than one based on the original three traffic light colours.

She repeated calls for ministers to publish the data that they base their decisions on about changes to the lists – something the Office for Statistics Regulation, the UK’s independent statistics regulator, has also rebuked the government for not doing.

Notably, the transport secretary, Grant Shapps, is said to be against the “amber watchlist” idea, and with the chancellor, Rishi Sunak, taking the eyebrow-raising move of writing to the prime minister to formally raise his concerns the UK was unlocking its border too slowly, speculation is growing that the idea might be abandoned.

What are the travel rules for UK residents? 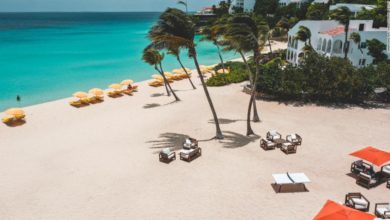 These international destinations are open to tourists