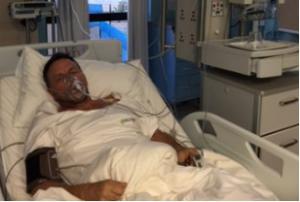 I had an understanding partner to help me get through it. I wasn’t alone. I wasn’t just going to be lost in that mess. ”

LEBANON, NH, USA, July 17, 2019 /EINPresswire.com/ — Scott Garrett no longer leaves the country without his Global Rescue ( https://www.globalrescue.com/ ) membership card in his wallet. Garrett’s incredible story about a life-threatening illness on safari in Namibia is a testament to why his family considers themselves lucky to have Global Rescue.

Garrett is the president of Garrett Trucking in Houston, Texas. A busy man, Garrett found time to take an adventurous vacation with his wife. Their trip took them from Houston to Dubai, Johannesburg and then Namibia.

Two days into the vacation, Garrett inhaled a mysterious airborne bacteria. His breathing became labored, he was coughing frequently and began to experience major fatigue while on safari with his wife.

Garrett remembers telling his wife, “This isn’t that big of a deal. I’ll be fine.” It wouldn’t be long until he realized just how wrong he was.

While Garrett was quick to dismiss the situation, his wife Tanya would not, as Scott’s symptoms were growing serious. His kidneys were failing and some of his other organs had begun shutting down.

Fortunately, Scott and Tanya reached a hospital in time to address the bacterial infection Scott had contracted.
Distance from home combined with a life-threatening illness can result in a horrifying feeling. This was the feeling that Tanya described prior to contacting Global Rescue.

“When Global Rescue was there with me,” Tanya recalls, “I had an understanding partner to help me get through it. I wasn’t alone. I wasn’t just going to be lost in that mess. I wasn’t scared anymore.”

Thanks to Tanya’s quick decision-making and the Garrett’s Global Rescue membership, they were able to access appropriate care for Scott’s rapidly deteriorating condition. Global Rescue directed Garrett to the best nearby facility to address his life-threatening medical issues and deployed personnel to assist Tanya in overseeing her husband’s care.

Even the most cautious international travelers can quickly find themselves in life-threatening situations. Founded in 2004, Global Rescue is better than travel insurance. Different from travel insurance, Global Rescue members don’t have to get involved with the hassle of insurance claims. As the world leader in crisis response, emergency evacuation and field rescue, Global Rescue responds quickly when a member requires swift action.

With a team of renowned medical and security teams stationed around the globe, including seasoned military special operations veterans, Global Rescue provides peace of mind at surprisingly affordable pricing. Global Rescue members have a backup plan in place, taking the worry out of travel.

eTurboNews had reported about Boots on the Ground ( https://www.eturbonews.com/254153/boots-on-the-ground-with-global-rescue-fail-to-prepare-prepare-to-fail/ ) and Fail To Prepare, Prepare To Fail.

Tags
How illness in life-threatening Namibia on safari survived tourist 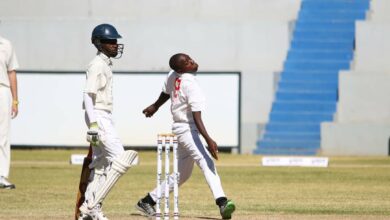 Cricket in Namibia thrives outside Windhoek

No need to Lament about the Oil Discovery in Namibia’s Kavango Basin. What About the Huge Benefits It Represents for Namibians? (By NJ Ayuk) 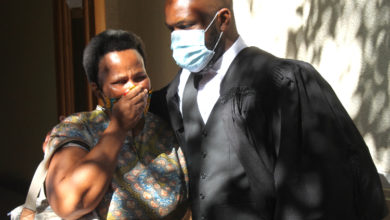