(CNN) — Being stuck in isolation in a small hotel room for days on end with no option to leave could easily have been the basis for a fly-on-the-wall wall reality show a few years ago.

However, as travel restrictions continue to change due to the Covid-19 pandemic, this scenario is becoming part and parcel of traveling during the pandemic.

A number of destinations around the world, including Canada, Australia and New Zealand, have a mandatory two-week quarantine in place for arrivals, while those traveling to Hong Kong are required to remain in isolation for a staggering three weeks.

Although this may seem like a lot to go through for a vacation, it’s an unavoidable obstacle for those who need to travel during these uncertain times.

According to Hickie, many travelers don’t realize how vital being awake and active during the day and having social interactions is to their overall wellbeing and end up approaching their mandatory hotel quarantine in an “unhelpful” way.

“People tend to lie about binge-watching streaming services through the night and sleeping through the day just to get through the period,” he tells CNN Travel.

“But that is very unhelpful. Travelers are surprised at how quickly their mood deteriorates after a few days of this.”

Instead of watching series after series of TV shows back to back, Hickie advises travelers to spend at least six hours a day “doing something purposeful” in order to stimulate their minds fully.

“Your brain is a very energy-intensive organ, which is not used up very much by staring at a screen,” he explains.

“Just by engaging in complex activities, which may be work-related or other things that engage you deeply, you’ll feel like you’ve achieved something.

“And it helps with these 24-hour cycles. If you’ve actually exhausted yourself mentally, as well as physically, it will help you sleep.”

Before completing Hong Kong’s mandatory three-week quarantine back in February, CNN features producer Zahra Jamshed sought advice from a number of seasoned hotel quarantiners, who suggested she put a routine in place from the get go.

Although Jamshed was able to work from the hotel during her quarantine period, so her days had a regular structure to them, she decided to create a “to do” list with a number of allotted tasks so that each day would feel purposeful.

“I was nervous that the weekends could feel empty and monotonous,” she explains.

“This way I knew I wasn’t going to wake up on the weekends wondering ‘what do I do with the day’ while scrolling through everyone else’s feeds on Instagram.”

Making sure to get an early start was also vital, as there was just one big window in her hotel room, and the best time for direct sunlight was early in the morning.

“The odd day that I slept in and missed my time in the sunshine, I really felt it take a toll on me mentally,” she says.

In January, the UK introduced a mandatory 10-day quarantine for visitors from “high risk” countries.

As Jamshed discovered, daylight is hugely important when it comes to regulating our moods and maintaining our sleep schedules.

“Sunlight is so essential for enhancing moods and setting your regular 24 hour cycle / body clock in terms of brain function and emotion in particular ways,” explains Hickie.

“And if you’re in rooms that face away from the sun and don’t have a balcony, that’s much harder.”

Staying physically active can be difficult while in a confined space, but it can make a huge difference to your mood.

In the run up to the Australian Open in Melbourne earlier this year, tennis star Novak Djokovic was pictured trying to stay fit while in quarantine by swinging tennis rackets on his hotel balcony, while British player Katie Boulter shared images of herself doing yoga in her suite.

Jamshed says she also tried to exercise daily, alternating between yoga and circuits.

The impact of simple things like being able to go outside, get regular daylight and move around were apparent to CNN Travel digital producer Lilit Marcus, who sailed through a two-week hotel quarantine in Sri Lanka.

As the destination’s hotel quarantine rules are slightly less restrictive than those in other countries, she was allowed to leave her suite and enjoy the resort’s amenities, which included a pool, gym and spa, as well as visit ‘approved’ tourists sites.

“As quarantines go, there are worse ones than Sri Lanka’s,” says Marcus, who is based in Hong Kong.

“Even though I was working remotely to stay busy, having the ability to go for a swim first thing in the morning and eat meals somewhere other than my bed went a long way for my mental health.

“Guests and staff had masks and gloves on, and the size of the resort made it really easy to socially distance, even at the breakfast buffet. I felt safe, but I also had fun. Who could have imagined?”

Although Marcus’ movements were restricted and she was unable to socialize freely, she was ultimately spared the complete isolation and lack of social interaction that many in quarantine struggle with.

Lee Jung-soo stayed busy by recording videos of herself playing the guitar while in quarantine in Hong Kong.

“Being out in the social world interacting with people is essential to your normal mental health and wellbeing,” says Hislop.

“We [humans] are social animals and we expect to be able to interact with people physically and emotionally.

“Humans cope best in groups. A lot of people have never really lived their lives on their own, especially for an extended period. So that’s really challenging.”

However, he notes that one of the major benefits of modern technology is that staying connected while being physically apart is much easier.

Jamshed spent a lot of time writing thank-you notes to friends “on the outside” as well as having video and phone calls with her loved ones.

But while social media can also be helpful in terms of keeping up with news back home, it can also be overwhelming, particularly with the uncertainty brought about by the pandemic.

Hickie recommends that travelers “turn off the 24-hour news cycle” where possible and focus on “stuff that is more purposeful.”

This approach worked for Lee Jung-soo, who stayed busy by documenting her Hong Kong hotel quarantine in January.

The South Korean entrepreneur shared at least 70 Instagram posts detailing the experience, including all of her meals, during the course of her mandatory hotel stay.

“I wouldn’t recommend watching the news all day,” she told AFP via video chat while in quarantine. “That’s just not a good headspace to be in, constantly updating yourself about the latest (outbreak), you’ll just drive yourself up the wall.”

Jamshed says she tried to view her quarantine period as two blocks of ten-day periods, so that she wasn’t counting down three weeks.

“I think that was essential, because the bigger numbers tend to be scarier and more overwhelming the longer you’ve been in here,” she explains.

“It’s way harder to comprehend “I’ve been in here 16 days” than it is to say “I only have five days left!”

Tennis player Novak Djokovic exercises on his hotel balcony while in quarantine in Australia in January.

While she coped well for the first two weeks, day 16 proved to be a particularly low point.

“I’m not sure why, I started to miss the feeling of solid ground under my feet, and fresh air,” she says. “But by day 17 I was back to better spirits.”

According to Hickie, many travelers are surprised by the impact being in isolation for an extended period can have on their mental wellbeing.

“It’s interesting, I’ve spoken to a number of people who’ve been far more challenged by it than they thought they would,” says Hickie.

“They just assumed they would go in, count the days and be out the other end. Then after three or four days in a row, they start to think ‘this is really challenging.’

“Those who’ve been in quarantine more than once came to realize how essential their daily activities are in maintaining their normal moods.

“When deprived of that, they suddenly become disturbed in ways they wouldn’t have predicted at all.”

Now she’s out the other side of quarantine, Zamshed admits there’s a few things she would do differently given the opportunity, and reducing the amount of plastic waste she accumulated during her stay is top of the list.

“In Hong Kong everything in your room either leaves with you, or it’s thrown out once you leave for hygiene reasons,” she explains.

“My room came with boxes of plastic water bottles, dozens of mini shampoo bottles, all of which I didn’t need.

“Oh, and I would have brought less clothes… the reality is you just end up cycling through the same leggings and T-shirts every day.” 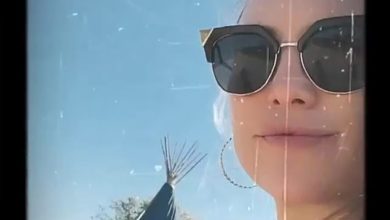