“The pandemic has allowed reflection and discernment about a lot of things,” he says. “Travel is just one of them.”

Others apparently feel the same way. While the travel industry is abuzz with talk of pent-up demand and a historic resurgence, some erstwhile travelers are opting to stay home, possibly for good.

Miami psychiatrist Arthur Bregman says he has seen an uptick in patients who are reluctant to leave home as a result of the pandemic. He has coined a term for this feeling: “cave syndrome.”

“It’s about loving isolation to the point that you become dysfunctional,” Bregman says. “While this phenomenon is not directly connected to covid-19, it’s been exacerbated by the anxiety of uncertainty and its effects on our lives over the past year.”

For some, the disinclination is temporary. Travelers such as Alix Strickland Frénoy, an American who lives in Paris, are taking virtual trips. Her latest excursion, via laptop, took her to a number of castles, from the Château de Pierrefonds in the Oise, in northern France, to Miramare Castle in Italy.

“My husband and I love traveling virtually during the lockdown,” says Frénoy, who runs an educational website. “We haven’t done any actual physical travel in more than a year.”

For some travelers, the change feels permanent. Since the pandemic started, I have spoken with many readers who say they don’t see how they can go anywhere again and feel safe.

They’re people like Roslyn Hopin. Before the pandemic, she made plans to fly to Kazakhstan in fall 2020. But, at 89, Hopin felt that the risks of travel were too great and asked for a refund from Turkish Airlines. The airline returned her money in less than a week.

Hopin, a retired saleswoman from Delray Beach, Fla., does not expect to try again this year. “I had hoped to have this adventure in 2021,” she says. “But it does not look like it will happen.”

Definitely not. The U.S. Embassy in Kazakhstan has warned potential travelers to reconsider planned visits to that country because of the coronavirus, noting that its borders remain closed to foreigners, with limited exceptions.

Hopin says that she wants to travel again but that she’s concerned that it may not be safe to go anywhere for a while. Staying home is the only safe choice for her, at least for now.

I may have a touch of cave syndrome, too. I spent six months locked down in Sedona, Ariz., during the last surge. And I quietly congratulated myself for keeping my three kids safe while the virus raged outside. I firmly said no to weekend trips to California and day trips to the Grand Canyon. But by the fourth week, the travel writer in me was screaming, “Let me out!”

We finally pulled up stakes this month, embarking on a long road trip to the East Coast, but only after I had received both my shots. Part of me wanted to stay in Sedona until the pandemic ended.

Bregman says that after the 1918-1919 flu pandemic, some Americans suffered from what we would now call post-traumatic stress disorder. Although he has not seen anything as severe as PTSD in the general population’s reaction to this pandemic, there is a considerable amount of anxiety among his patients. In fact, it remains high even as the public health outlook improves. It’s manifested in your vaccinated friends who still won’t go out, he says. “They’ve fallen in love with their cave.”

So, do you have cave syndrome, or are you just playing it safe? Health and safety are among the most important considerations for travelers at this stage of the pandemic. They have to be included in any assessment of the risks and rewards of a vacation this year.

“It’s important to determine which variables are most important to you and your travel companions,” says Daniel Durazo, a spokesman for Allianz Travel, a travel insurance company.

If you want to err on the side of caution, you may want to stay in your cave for a little while. If the public health threat abates and you’re still struggling with travel anxiety, Bregman says, a combination of medication and therapy can help. And nothing puts you at ease quite like a carefully prepared plan, particularly when it comes to an upcoming trip.

Fortunately, our reluctance to travel is likely to fade with the pandemic, according to experts.

“However much Zoom and other technologies have advanced, the sights and smells of new places bring an excitement and opportunity for learning from others that can’t be replaced,” says Martha Merritt, the University of Richmond’s dean of international education. “As global travel becomes possible once again, I think many of us will return to it.” 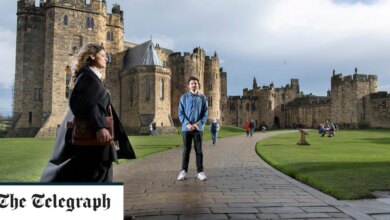 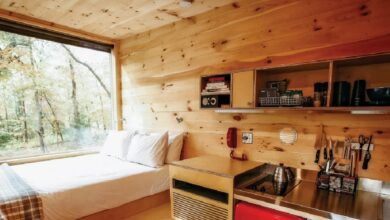 Head To Getaway Outposts to Make Your Travel Escape 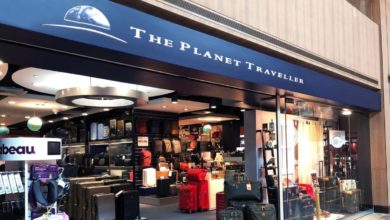 ‘So much relief’: Sales trickle in for hard-hit travel retailers as more VTLs open